Former England captain Michael Vaughan says he is “sorry for all the hurt” Azeem Rafiq has gone through during the Yorkshire racism scandal.

In a wide-ranging interview with the BBC, Vaughan continued to deny the claim and said he never made racist comments while at Yorkshire.

But he admitted his regret at some tweets he had sent in the past.

“It hurts deeply, hurts me that a player has gone through so much be treated so badly at the club that I love,” Vaughan said.

“I have to take some responsibility for that because I played for Yorkshire County Cricket Club for 18 years and if in any way shape or form I’m responsible for any of his hurt, I apologise for that.”

Asked if he ever made any racist comments during his time at Yorkshire, he said: “No I didn’t. No.”

Vaughan captained England in Tests between 2003 and 2008. He played his entire domestic career at Yorkshire – between 1993 and 2009 – before becoming a summariser on BBC Test Match Special.

In the interview with BBC Breakfast’s Dan Walker, Vaughan, who will not be part of the BBC’s Ashes coverage this winter, said:

On the alleged racist incident

Rafiq alleged Vaughan said “too many of you lot, we need to do something about it” to him and three other players during match for Yorkshire in 2009.

The fourth player in the group – bowler Ajmal Shahzad – previously told the Daily Mail he had no recollection of the event and “the senior guys were really good to me”.

Vaughan, who did not participate with the original independent investigation, said he did not remember the incident or recognise the words it is claimed he used.

“I just remember it clearly that I was proud as punch that we had four Asian players representing Yorkshire County Cricket Club,” he said.

“Nothing but a proud, senior, old pro just about to retire and absolutely delighted that Yorkshire had come so far in my time at the club.”

Speaking in front of MPs, Rafiq claimed Vaughan might not remember the incident because “it doesn’t mean anything to him”.

“That hurts because I’ve always felt that every single team that I’ve been involved in, the biggest praise I’ve got as England captain for six years was that I was the kind of person that really galvanised the group,” Vaughan said.

“I always felt that I was the person in the dressing room that really wanted everyone to feel included.”

Asked if Rafiq, Rashid and Naved were lying, he said: “The problem with this situation is that we’ve got too much ‘he said, he said, she said, did they say’ and I think we’ve got to move on from accusations of conversations from many years ago.

Historical Twitter posts by Vaughan have been widely shared on social media in the recent weeks.

In 2010 he tweeted “Not many English people live in London… I need to learn a new language” and in 2017, following the Manchester Arena bombing, he answered “yes” to a question whether England all-rounder Moeen Ali should ask Muslims if they are terrorists.

Vaughan said he was embarrassed by the tweets and was now a different person.

“I apologise deeply to anyone that I’ve offended with those tweets,” Vaughan said.

“Times have moved on and I regret those tweets. We all make mistakes and in my life I’ve made quite a few mistakes on Twitter, I apologise for that.”

Walker: Does it embarrass you when read back those tweets?

Walker: And you feel you’re a different person now…

Yorkshire players have also been criticised for referring to India batter Cheteshwar Pujara as “Steve” – something Vaughan brought up on air in 2018, saying “Steve as they call him in Yorkshire because they can’t pronounce his first name”.

“That was three years ago – that’s how much times have moved on in the three years.

“So when you start talking 12 years, 15 years, 20 years, everything is moving so quickly.

“We’re in that that situation now for the game, sporting dressing rooms not just cricket dressing rooms, where everyone needs to be educated.”

‘I heard things you would not consider acceptable now’

Rafiq, who a report found was victim of “racial harassment and bullying” while at Yorkshire between 2008 and 2018, told a committee of MPs English cricket is “institutionally racist”.

He said racist language, including terms aimed at his and others’ Pakistani heritage, was used “constantly” and “never stamped out” during his time at Yorkshire.

Vaughan, who retired during Rafiq’s second season as a professional at Yorkshire, said he had never heard racist language used in the dressing room.

“I heard plenty of things in my 18 years as a player in a dressing room which you would not even consider to be acceptable now,” he said.

“I would say any sports person that’s out there from that era that says otherwise, I don’t think they’re telling the truth.

“There were things said and back in the day. It wasn’t deemed to be offensive. It would be now.”

He added: “I can apologise if I was involved in anyway shape or form with a dressing room that had a culture that wasn’t inclusive for everyone.

“My recollections are all the dressing rooms that I played in that we were inclusive to everyone. But I’m more than happy for people to come forward and say you know what that wasn’t the case.”

Vaughan on his TMS future

The BBC announced last week Vaughan would not be part of its cricket coverage during the Ashes this winter.

A statement said “while he is involved in a significant story in cricket, for editorial reasons we do not believe that it would be appropriate” for Vaughan to be involved.

Vaughan said he “understood” the decision and he and the cooperation are having “ongoing conversations” about his future.

“I just hope in time I get that chance to come back and the one thing that I’ve loved more than anything since I retired is talking cricket.

“I hope next year I can get back working with the team.

“I love being on Test Match Special and hopefully in time I get the chance to do it again.”

Canucks' impressive performance does little to change their bleak environment 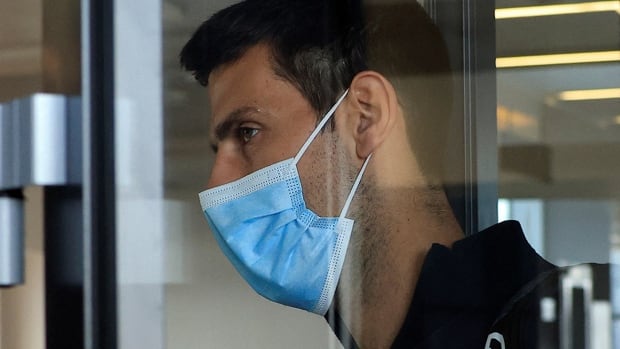