Last year, the Monday edition of the Breakaway Blog was devoted to Power Rankings. Just in the Canadian division, the North.
Thought I’d go for something different this season, so we’ll try this on for size and see how it goes.
So without any fanfare (hey, the boss doesn’t even know I’m doing this), and with a tip of a hat to Elliotte Friedman who invented the format, here are McGran’s 13 Monday Musings.
(Thirteen being the number of times the Maple Leafs/St. Patricks/Arenas won the Stanley Cup.
So it’s mostly going to be Leafs. But not exclusively, necessarily.)
As always, if you have a question, email me at [email protected] and I’ll answer it when I get to Mailbaggin’. To the Musings.
1. The fans on Saturday seemed louder and more engaged than what I’ve come to expect. Is that because they’re excited about the Maple Leafs? They’re excited to be out, among fellow human beings? Was it simply that enjoyable a game? We’ll see if it continues.
2. The biggest beneficiary of the crowd’s love was Jack Campbell. Leaf fans chanted “Sooooooup” after some big saves. Again, I’ve never known them to be that spontaneous, outside of “Go Leafs Go” (which is inevitably drowned out by the game-operations crews).
3. Campbell was very appreciative of the cheers. “I did hear it and I really appreciate it. Thanks guys,” said Campbell. He’s a heart-on-his-sleeve kind of guy. I imagine he’ll get a lot of it.
4. Whatever happened to fans chanting down the final 10 seconds of a game?
5. There have been empty seats at Leafs games. Is that because of COVID? Or is it because the shine is off the team? We need a discussion over this one.
6. U-Sports has a chance to make some inroads on the national hockey scene. Mike Babcock – remember him – is coaching the men’s University of Saskatchewan Huskies. Their first game is at home, to the University of Regina Rams, on Friday.
7. The over-under on how many goals Auston Matthews gets ought to be 55. That way, he’d have the single-season team record for goals, now held by Rick Vaive at 54. If he’s healthy, take the over. If the wrist doesn’t hold up, take the under. Betting’s hard.
8. In case you missed it, the National Women’s Hockey League rebranded itself as the Premier Hockey Federation, dropping any reference to gender. The league says transgender and non-binary athletes are welcome in the league that is actively promoting diversity while making sure “all athletes feel safe, welcomed and respected in hockey.”
9. The PHF’s website is still www.nwhl.zone, however.
10. The season gets underway in November. The Toronto 6ix play the Buffalo Beauts at the Northtown Centre in Amherst. Toronto’s home rink is the York Canlan Ice Arena.
11. Connor McDavid continues to hold the highest average annual value of salary, at $12.5 million, followed by Artemi Panarin ($11,642,857) and Matthews ($11,640,250). But the man drawing the highest salary this year is Sharks defenceman Erik Karlsson, $14.5 million. Followed by Tyler Seguin, Carey Price, Panarin and McDavid at $13 million.
12. Senators fans gave Brady Tkachuk a loud ovation at the rink Thursday after he signed. Don’t remember Leaf fans doing that for Mitch Marner and William Nylander. Nylander’s AAV by the way —  $6,963,366 – is now the 74th highest in the league.
13. Geez. It’s over. The first run. How does Elliotte get to 32?

Powell, first Black U.S. secretary of state, remembered as 'one of the greatest leaders' 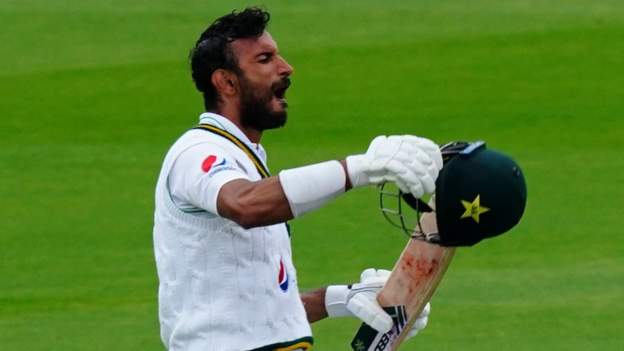 Canucks find spark in Boudreau’s debut, stepping into their new world with a win