The chasm between Max Scherzer and every other pitcher in the major leagues at the moment, in the thick of a tight division race featuring the teams with the best records in baseball, was evident in the Dodgers’ 5-1 win over the Cincinnati Reds at a sweltering Great American Ball Park on Saturday afternoon.

In the early innings Scherzer wasn’t particularly sharp, by his standards, against a potent Reds lineup. His command was off. The door was cracked open for the Reds to crash his Dodgers honeymoon and become the first team to pound Scherzer since he was acquired from the Washington Nationals on July 30.

But Scherzer didn’t yield. He relied on his curveball, historically his fourth-best pitch, to put hitters away and keep the Reds off the scoreboard.

It wasn’t until the fourth inning, after surrendering a four-pitch leadoff walk to Joey Votto, that he found a rhythm and the Reds (77-72) weren’t going to disrupt it. When he was lifted, he had fired another seven scoreless innings, extending his streak without surrendering an earned run to 37 innings going back to Aug. 21.

That was five starts ago. Since then, he has compiled 48 strikeouts, against three walks and one hit by pitch. Opponents have batted .114 during the stretch.

“It’s great to go out there and throw shutout innings, but it’s more important to just stay blinders up and just focus on what you can control,” Scherzer said. “And that’s just controlling your executions and controlling your pitches.”

In nine starts as a Dodger, Scherzer has a 0.78 earned-run average with 79 strikeouts and seven walks. His ERA over that span has dropped from 2.76 to a major league-best 2.08. He is, undoubtedly, at 37 years old, the front-runner to win his fourth career National League Cy Young Award. (His only flaw? He still hasn’t reached base in 59 plate appearances this season after going 0 for 3 with two strikeouts.)

“I was there for at least parts of his Cy Young years,” said Dodgers second baseman Trea Turner, who accompanied Scherzer in the trade from Washington. “And, for me, this is as good as I can remember him.”

With the win, the Dodgers moved to 1½ games behind the San Francisco Giants for first place in the National League West. The Giants were scheduled to play the Atlanta Braves Saturday night in San Francisco.

Sonny Gray matched Scherzer over four innings until the dam broke in the fifth with a push from the Reds’ defense. Justin Turner smacked a leadoff double. Chris Taylor then hit a ground ball to third baseman Mike Moustakas, who had a dismal defensive performance Saturday. Moustakas bobbled the ball, then made a poor throw to first base for two errors on the play, allowing Taylor to advance to second as Turner took third.

Gavin Lux then continued his torrid production with a two-run triple down the right field line and scored on Austin Barnes’ soft tapper to Gray. The former top prospect — and, for now, former middle infielder — is eight for 21 with four walks in seven games, all in left field, since he was recalled from triple-A Oklahoma.

The Dodgers (95-54), whose offense was shut down in Friday night’s series-opening 3-1 loss, added a run in the sixth inning on Taylor’s safety squeeze and another in the ninth on Mookie Betts’ RBI single.

Lux wasn’t scheduled to start Saturday — or Sunday — after he was scratched from Friday’s lineup when he was hit by a pitch from a pitching machine in the right forearm. But he was in the lineup partly because the Dodgers were down another outfielder.

Cody Bellinger was scheduled to play, but his nightmare season took another turn for the worse in the morning when a test revealed a non-displaced fracture in his ribs, according to Dodgers manager Dave Roberts.

The manager said Bellinger sustained the injury when he collided with Lux in left-center field against the Arizona Diamondbacks last Monday at Dodger Stadium.

Bellinger was playing center field and Lux was in left field for only the fifth time in his professional career — all during the previous week — because the Dodgers’ options, with AJ Pollock still on the IL, were limited and Lux has provided an offensive spark.

Bellinger and Lux are seen both calling for the ball. The center fielder’s call often overrides the corner outfielders’ calls, but Lux didn’t stop. He made the catch, striking Bellinger in the face with his glove and Bellinger’s left rib area with his elbow.

The incident didn’t sound any immediate alarms. Bellinger stayed in the game and played the Dodgers’ next three games in their entirety. But Roberts said Bellinger had mentioned he was sore. The pain peaked Friday, leading to the decision to have Bellinger undergo tests.

Roberts said Bellinger’s fracture affects his throwing the most and shouldn’t get worse. His availability will depend on his pain tolerance. He said he expects Bellinger to play in Sunday’s series finale.

Since November, Bellinger has undergone major shoulder surgery, missed nearly two months because of a fractured fibula he suffered in April, and missed 11 days in June with a calf strain.

The disjointed stretch has fueled dismal production on the field. Two seasons after being named National League MVP, Bellinger is hitting .159 with nine home runs and a .529 on-base-percentage. His batting average ranks worst in the majors amongst among players with at least 300 plate appearances. His OPS is second from the bottom.

The struggles forced Bellinger to adjust his stance last week. He has lowered his hands and widened his legs to simplify his swing. The change helped generate better at-bats and more hard-hit balls, but, with some bad luck, he’s still gone just three for 18 in his previous six games. It turns out he was also dealing with fractured ribs, adding another chapter to a miserable season.

The Dodgers have remained on track anyway, still in contention to claim their ninth straight division title with a hired gun fronting the charge, putting up zeroes every fifth day going on a month with no end in sight.

Taylor started his first game Saturday since aggravating a neck injury Sept. 10. … Roberts said left-hander Scott Alexander’s season is likely over. The reliever was placed on the injured list July 20 because of shoulder inflammation. 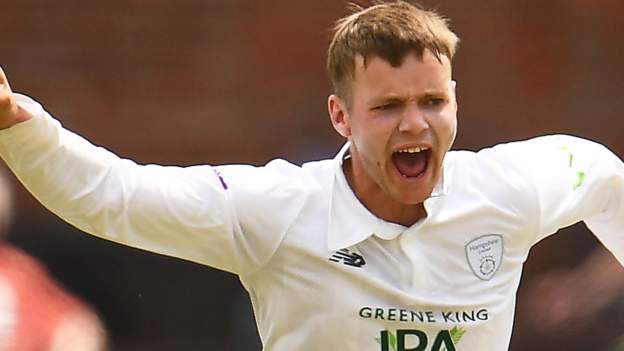 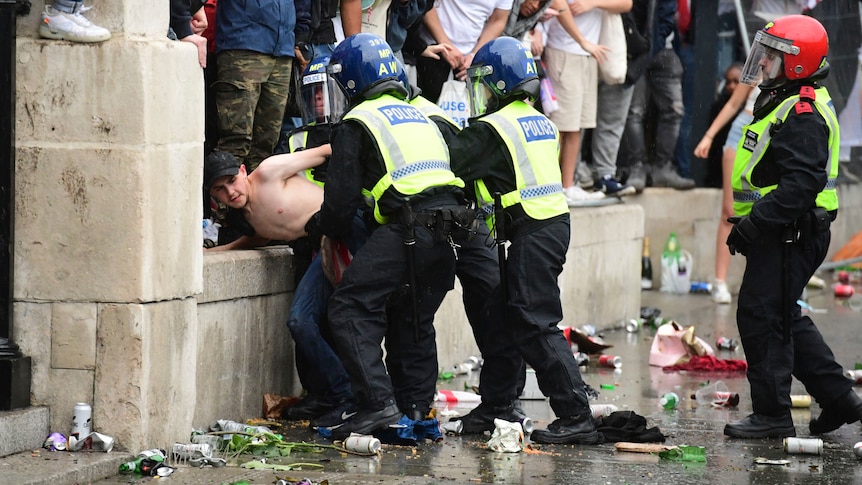