Rachel Homan and John Morris weren’t the only ones celebrating after their selection to wear the Maple Leaf in mixed doubles curling competition at the Beijing Olympics.

The nomination also cleared the path for Team Hollie Duncan to represent Ontario at the national championship.

“It still doesn’t quite feel real yet,” Duncan said. “I think probably once we get there and we get to put those Ontario jackets on, then it will sink in a bit more.”

The unusual situation stemmed from the cancellation of Canada’s Olympic mixed doubles trials and the Ontario championship, one of several provincial and territorial playdowns to be scrubbed due to the pandemic.

Last week, the Ontario Curling Association (CurlON) decided to nominate Homan’s four-player team — which is slightly ahead of Duncan in the rankings — to be the Ontario rep at the Jan. 28-Feb. 6 Scotties Tournament of Hearts.

However, the pick came with a caveat.

If Homan was not selected for Beijing, her team was in. If she did get the nod, Duncan would wear provincial colours at the Fort William Gardens in Thunder Bay, Ont.

“I’d say we were surprised to see that at first,” Duncan said from Toronto. “I think we just kind of assumed that it was going to be Team Homan no matter what. So that was kind of a pleasant surprise to know that we still had a chance.”

While we would have loved the opportunity to play in our Provincial championship with such a tough field, we are extremely honoured and excited to compete as Team Ontario at the upcoming Canadian Scotties Tournament of Hearts in Thunder Bay. 1/3 <a href=”https://t.co/yqilq4gWv7″>pic.twitter.com/yqilq4gWv7</a>

Her Scotties spot was locked in Thursday when Curling Canada and the Canadian Olympic Committee announced the long-awaited mixed doubles picks.

That decision ended a near three-week wait for the country’s mixed doubles contenders and provided clarity for Duncan’s rink too.

“It’s been a roller-coaster of emotions,” Duncan told The Canadian Press. “I’m trying to process everything, take it all in and prepare.”

The CurlON decision was met by disappointment in the Team Homan camp. Through no fault of their own, it would leave them out of the Scotties if their skip answered the call to represent her country on the sport’s grandest stage.

WATCH | Homan and Morris react to being named to the Canadian Olympic team:

Homan and Morris’ Olympic appointment is ‘what every curler dreams of’

Rachel Homan and John Morris join That Curling Show fresh off the news they have been chosen to represent Canada in mixed doubles curling at the Beijing Olympics. 12:38

A remedy arrived on Thursday night, mere hours after the Olympic team announcement.

Rather than return to the usual play-in game format to determine a single Team Wild Card at the nationals, Curling Canada said it would go with three wild-card teams as it did last season in the Calgary bubble.

Selections are based on national rankings of teams not already qualified through playdowns or nominations.

That cleared the way for the sixth-ranked Homan side to play (as Wild Card 3) along with top-ranked Tracy Fleury (Wild Card 1) and No. 5 Chelsea Carey (Wild Card 2).

“Like last season, some playdown events were played and others were cancelled leading up to the Scotties and Tim Hortons Brier,” Curling Canada CEO Katherine Henderson said in a release. “And the only thing we can do to ensure equity across the playing field is expanding the field once again.”

Alli Flaxey, who throws third stones on Team Jacqueline Harrison, will play as a substitute for Homan.

“With the expanded 18-team fields at the 2022 Scotties Tournament of Hearts, we are excited and grateful for the opportunity to compete,” Team Homan said in a Twitter post on Thursday night.

With the expanded 18-team fields at the 2022 Scotties Tournament of Hearts, we are excited and grateful for the opportunity to compete. We will be the Wild Card 3 team with Rachel selected to represent 🇨🇦 at the Olympics for Mixed Doubles. See you in Thunder Bay with <a href=”https://twitter.com/AlliFlaxey?ref_src=twsrc%5Etfw”>@AlliFlaxey</a>! <a href=”https://t.co/fxfvQdw3K0″>https://t.co/fxfvQdw3K0</a>

“It is really nice that we’ve won some spiels but we’re also beating the top-level teams, which is what you need to do to break into the next level,” she said.

It will be the second Scotties appearance for the 35-year-old lawyer and first for teammates Megan Balsdon, Rachelle Strybosch and Tess Bobbie.

Julie Tippin serves as the team alternate. Duncan went 5-7 in her Scotties debut in 2018 with a different team.

The Brier is scheduled for March 4-13 in Lethbridge, Alta. 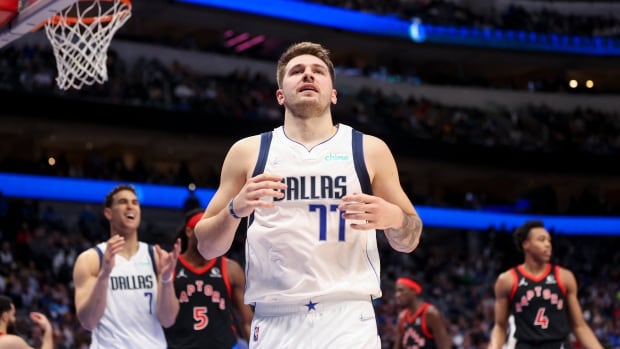