The challenge for the Chargers on Sunday is a daunting one, stopping a quarterback who is so good that he puts pressure on the opposing defense and offense.

“I’m looking forward to going out there and trying to put up as many points as we can,” Chargers running back Austin Ekeler said. “They have the half-a-billion-dollar man over there who’s going to be doing his thing.”

In Week 1, Cleveland’s 12-point halftime lead didn’t prevent Kansas City from coming back to win in the fourth quarter.

When the Chargers faced Mahomes in Week 2 last season, they led after three quarters only to lose in overtime.

“Guess what, offense,” Ekeler said, “we’ve got to score, as well. And not score to keep up but to actually get ahead and stay ahead.”

In July 2020, Mahomes signed a 10-year contract worth up to a reported $503 million. Even though no athlete in this country has received a bigger deal, few have tried to argue Mahomes isn’t worth it.

He and the Chiefs remain the standard, not only in the AFC West but also in the AFC everything else. Kansas City has reached the last two Super Bowls and three straight conference title games.

The Chiefs have won the division five years running and, despite losing last week at Baltimore, are still the favorites to own the AFC West again. Where the Chargers stand relative to the best is about to be on display.

“They’re a stacked team, definitely,” Ekeler said. “But here’s the thing: We’re coming in with some firepower of our own, right?”

True, the Chargers have weapons. Only those weapons haven’t produced with any consistency through two games.

In the season opener at Washington, the Chargers’ offense began by devouring 75 yards in 10 plays, churning out six first downs and scoring on a three-yard run by Ekeler.

In 15 possessions since, the offense has generated two touchdowns, turning over the ball four times and settling for six field-goal attempts. Turnovers and field goals will get the Chargers beat Sunday.

“Our first two games, I don’t feel like, are an accurate representation of our offense,” quarterback Justin Herbert said. “I think we can be better, and I know the guys believe that. So do the coaches. It’s up to us to make that happen.”

The Chargers entered Week 3 fifth in the NFL in total yards. No team was better on third down, the Chargers converting at a pace of 61.3% (19 of 31). They punted a league-low two times. (A punt last weekend against Dallas was nullified by penalty.)

Still, they’ve too often failed to finish drives, mostly because of penalties and turnovers. Their 193 penalty yards also topped the NFL. In their Week 2 loss to the Cowboys, 10 of the Chargers’ 12 infractions came on offense.

“It’s like, ‘OK, guys, let’s stop getting these freaking penalties,’ ” Ekeler said. “ ‘Come, on. We’re professionals.’ We’re beating ourselves, literally. We shouldn’t be getting these types of calls. These are young-player-type calls.”

The Chargers are adjusting to new schemes on offense and defense, the respective learning curves perhaps explaining some of their issues to date.

This new offense features more pre-snap motion than what the Chargers ran under the previous coaching regime. Against Dallas, an illegal shift cost them a late go-ahead touchdown.

Ekeler called the offense’s inability to produce touchdowns “a little disappointing.” He said he was watching Green Bay’s Aaron Rodgers on Monday night when the reality of the Chargers’ barren start hit him.

“You think of him, you think of a legend,” Ekeler said. “One of the big reasons is because he puts points up. We’re not going to be winning games because we have a lot of yards. We’re only going to win games if we score points.”

Points will be a must Sunday against a Kansas City team that should be fully motivated, based on its dramatic loss to the Ravens.

The Chiefs most recently dropped consecutive games in October 2019. Since Mahomes took over as the starter before the 2018 season, they’ve lost two games in a row only twice.

“This is a major test game for us offensively,” Ekeler said. “ ‘Hey, are we able to respond and correct the things that are easily correctable?’ This is going to show a lot about our team.”

Overcoming themselves and overcoming Mahomes — a daunting challenge, indeed. James Harden blames bad start on lack of ‘pickup’ ball, but anyone can see impact of new free-throw reality 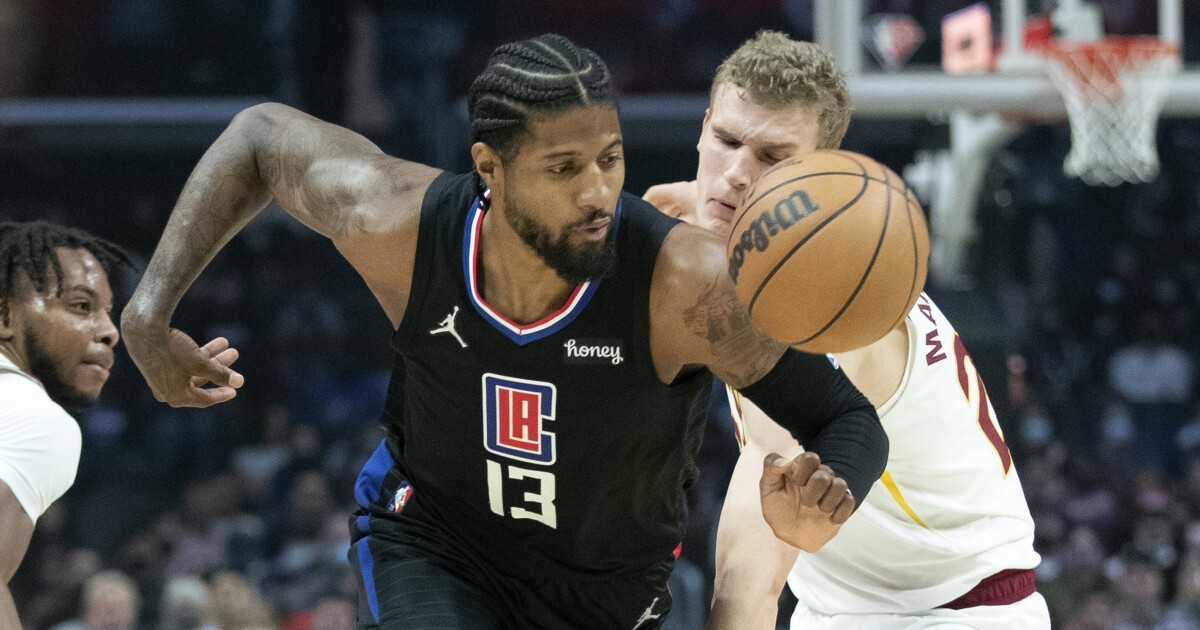