Thousands gathered in downtown Los Angeles on Saturday to rally for regime change in Iran and show solidarity with the demonstrations that have roiled the country after a young woman died while in the custody of the morality police.

The march began in Pershing Square and ended at L.A. City Hall, with scores of protesters waving Iranian flags and holding icons of Mahsa Amini.

Amini, 22, was arrested Sept. 13 in Tehran by the morality police and accused of not correctly wearing her hijab, the head covering that is mandatory for women in Iran since the 1979 revolution.

She died three days later, and her death sparked protests led by women across Iran that have continued to rock the country.

The government has violently cracked down on the demonstrations, attacking and detaining protesters. The Norway-based nonprofit Iran Human Rights said that at least 215 people, including 27 children, have been killed since the surge of demonstrations began last month.

Protests have erupted across the globe in solidarity and to draw continued attention to corruption and human rights abuses within Iran. Southern California, home to the largest enclave of Iranians outside Iran, has been particularly active, with demonstrations in schools, universities and public streets across L.A. and Orange counties. 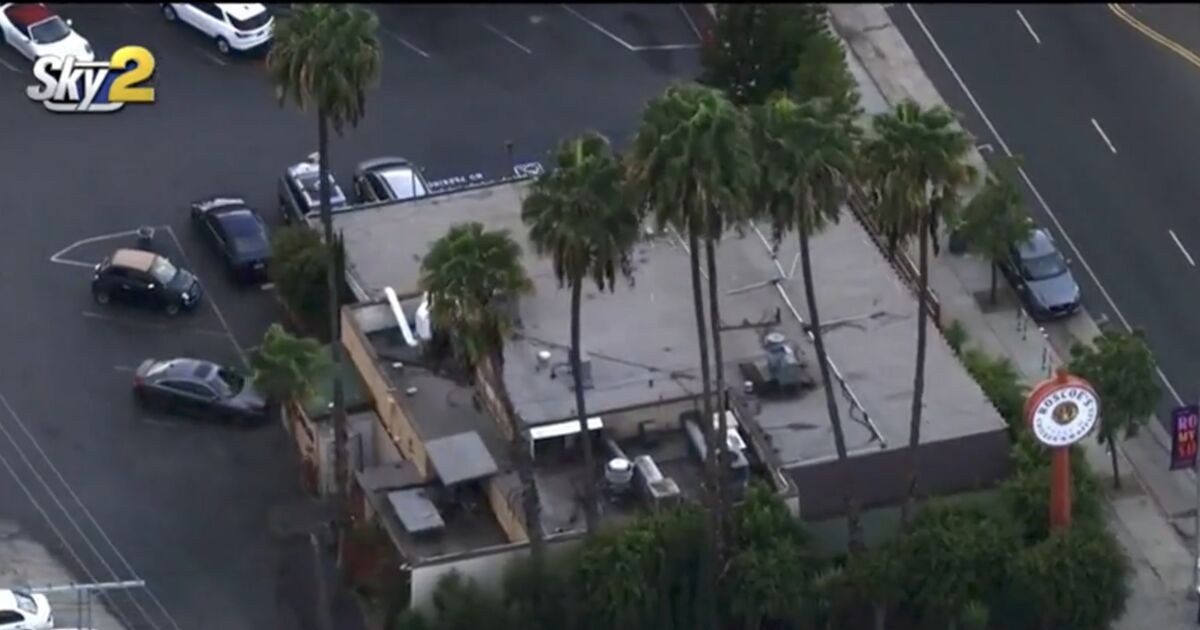