The late Margaret Kennedy Branstetter — the granddaughter of a simple barber from rural Kentucky who grew up to marry one of South Carolina’s richest men and fly around in chartered jets — was guilty of only one thing, according to family and friends.

Maggie Murdaugh, as she was known as an adult, spoiled her two sons.

By most accounts, her older child, Buster, 26, was much more easygoing and well-adjusted than Paul, who was 22 when he was shot to death along with his 52-year-old mother at the family hunting lodge in rural Colleton County last June. The now notorious murders, covered by news outlets all over the world, remain unsolved.

Paul was facing criminal charges in the February 2019 boat crash death of his one-time girlfriend, Mallory Beach, 19. Friends testified that Paul became a different, destructive person when he drank and called his alter ego “Timmy.”

But Paul was a handful even as a little boy, a family member told The Post.

“I saw him snap at least once,” the family member said. “He told his aunt Nancy to go f–k herself. It was about 10 years ago and he would have been around 11. I was alone with him and maybe a few other kids were there. I was on his case about it but he said he didn’t give a s–t.  He did not take authority well.”

Bubba Mixson, 52, of Varnville, SC, whose eldest son attended school with Buster, said he and his wife knew Maggie well. He said she shouldn’t be blamed for being overindulgent with her boys. An old-school homemaker and mother, she never worked outside the home except briefly when she opened a gift shop on Hampton’s main street years ago.

“Maggie lived for her kids,” Mixson told The Post. “She was at every school function. She was such a sweet person. She never met a stranger. I can’t say enough good about her. and I mean that.”

Maggie’s story, however, has been lost over the past six months since the murders — eclipsed by the alleged criminal and civil shenanigans of her widower and perpetual “person of interest,” Alex Murdaugh.

“This woman was doing the best she could,” said a friend of the family. “This was a sorority sister, a daughter and a wife and a mom. I think she may have been asking for help on some level but nobody was listening. She had no power. What a horrible death. I can’t imagine the last minutes of her life. I don’t know what her prayers were.”

Maggie was very close to her parents, Terry and Kennedy Branstetter, who now live in Summerville, SC, and have not spoken about their daughter or grandson (who was named Paul Terry after Terry) since their deaths. Terry, now 77, has been in declining health since the murders, according to another family member.

The Branstetters were high school sweethearts who met at Caverna High School in tiny Horse Cave, Ky., around 1960. They crossed the border into Tennessee to marry because they were underage in Kentucky. Terry got three job offers after college: from IBM, Ford and DuPont. He once said he specifically got his dad’s blessing to go with DuPont even though his father had always been a “Ford man.”

Maggie was born while her parents were living in the Nashville area but Terry’s job with DuPont led him to be transferred first to Wilmington, NC, and then to Unionville, Pa., where the family lived from 1980 to 1987.

“Her parents were very proper,” Lisa Hineman-Moore, who was friends and ran track with Maggie at Unionville High in Pennsylvania between 1984 and 1986, told The Post.

“We had our little cliques and we ran after boys and did a little partying and drinking. But I think her dreams were what she was taught. She was from the South, and the Southern dream for a girl at that time was to finish college, maybe, but more importantly find a husband, get married and have kids.”

Hineman-Moore said the friendship ended on a slightly sour note because Maggie “was always thin” and sometimes made fun of Lisa’s extra weight.

“She was just a pretty girl, wearing the same preppy clothes we all did,” Hineman-Moore said. “I remember us out in the fields drinking a six-pack but Margaret — we never called her Maggie — was always thin. She would pick at me for being heavier. But we all did and said things like that. She didn’t deserve what happened to her. I think she got in too deep and didn’t have a voice. But she had to be quiet on account of who she was married to. That was the tragedy I think.”

Terry’s last job with DuPont brought him to Cooper River, SC, and Maggie enrolled at the University of South Carolina — where she met Alex “Alec” Murdaugh, who was one grade ahead of her, in the late 1980s.

He was Maggie’s first real boyfriend, a friend told The Post. But her decision to marry him came at a price, the friend said.

“He said she’d have to move to Hampton with him,” the friend said of the bleak, rural town where the Murdaughs have ruled as both local prosecutors and civil attorneys since 1910 but where there isn’t so much as a Walmart.

The family member who tangled with Paul as a child said Maggie was by far his favorite Murdaugh, even if the two were not related by blood.

“Maggie was more down to earth,” he said. “She’d let her hair down and drop some F-bombs and tell you to piss off if she felt like it. She had a great, dry sense of humor. She had this thing where she’d roll her eyes when someone was doing something stupid, like Alec or Paul.  She bent over backwards for her kids, maybe to a fault. Those boys wanted for nothing.”

“She was the only one in the whole family to go see Gloria [Satterfield, the family housekeeper] when she was dying in the hospital,” a local resident who knows the family told The Post.

The family member said he was always surprised by how “understated” Alex and Maggie’s home in Hampton, SC, was when he visited. The Murdaughs sold that house prior to the murders and split their time between Edisto Beach and the hunting lodge.

“I wouldn’t say it was a dump, it was nice enough but not what you’d expect from people who literally seemed to have millions of dollars to burn,” he said. “I mean, they never flew commercial that I can remember. They always chartered jets.”

Two sources familiar with the case said that, at best, Maggie and Alex had been growing apart and were living separate lives, with her at a cottage in Edisto Beach and him at the hunting lodge in Islandton.

If Maggie was trying to dump her husband, who, it is now known, had financial difficulties and an alleged 20-year opioid addiction, she said little about it and kept her good humor, family and friends told The Post.

But some, like Maggie’s friend Maria Cordero, are indignant over media stories alluding to problems in the Murdaugh marriage and Maggie’s alleged visit to a divorce attorney six weeks before her death.

“None of what they’re saying is true,” Cordero told The Post. “And it’s nobody’s business, neither.”

Another source close to the investigation claimed to have searched the state for any divorce attorney who had gotten a visit from Maggie Murdaugh but came up empty.

State Sen. Dick Harpootlian, one of Alex Murdaugh’s two lawyers, vehemently disputes reports that the Murdaugh marriage was on the rocks. He told The Post that, as Paul Murdaugh’s lawyer in the boat crash case, he saw both Alex and Maggie together on a regular basis over an 18-month period.

“I even saw them holding hands,” Harpootlian said. “[South Carolina Law Enforcement] SLED has Alex’s phone and Maggie’s phone. Don’t you think if they were splitting up and talking divorce there’d be more proof of it by now?”

The family member also said that while he liked Alex and Maggie, there was “no question” that they “ran the town.”

“They own the police, they could always do whatever they wanted,” the family member told The Post. “There was no fear of consequences or repercussions to anything they did. If I owned the police in my town, I might do more myself!”

The Murdaughs’ control of Hampton County and the surrounding regions began after Alex’s great-grandfather, Randolph Murdaugh Sr., started the family law firm in 1910 and later became the local prosecutor without giving up his original business. His son was elected to take his place in 1940. And Randolph Murdaugh III, Alex’s father, was the solicitor until 2005 when Duffie Stone, a Murdaugh ally, was elected to the position.

But since the murders, Maggie’s widower has fallen so far from grace that the power and entitlement locals say he’s enjoyed since birth has all but evaporated.

Alex, 53, who’s currently being held, reportedly in a type of separate solitary confinement at the Richland County Detention Center, has been arrested twice. He is facing a dizzying array of charges stemming from an alleged murder-for-hire plot and an alleged scheme to steal millions from the sons of Gloria Satterfield — his family’s deceased housekeeper who died after a fall at the Murdaugh home — as well as being implicated in several lawsuits involving stolen funds from the Murdaugh family law firm.

Alex allegedly found the bodies of Maggie and Paul at the lodge, called Moselle, at around 10 p.m. on June 7. The victims were shot multiple times, the coroner said, reportedly with a semi-automatic assault rifle and a shotgun. He ruled the deaths a double homicide.

Alex’s lawyer, Jim Griffin, admitted last month last month that his client — called “Alec” by everyone in South Carolina — has been considered a “person of interest” in the double murders since day one. But the tight-lipped cops at SLED have said and leaked very little since June 7.

While some blame SLED for being in too deep with the Murdaugh empire and possibly protecting Alex, one former longtime South Carolina lawmaker familiar with the state’s inbred judicial system said that SLED chief Mark Keel is a “straight arrow” who wants to have an airtight case before he names a suspect.

“He knows he’s up against the good ole boys who will bury him if gets the tiniest thing wrong,” the source told The Post. “He’s not dropping anything until he’s absolutely sure.”

Meanwhile, surviving Murdaugh son Buster, who has still not spoken publicly, was seen in September at the family home in Edisto Beach, SC, and was reportedly spotted at The Venetian casino in Las Vegas last month. A Murdaugh family source told The Post Buster has been hiding out a lot of the time with Maggie’s only sibling, her older — and even richer — sister Marian Proctor in Charleston.

For now, Maggie’s shell-shocked relatives and friends in rural Hampton and Colleton counties, where the Murdaugh legal dynasty reigned supreme for more than 100 years, have drawn the wagons tightly around her memory.

“She just had no real say in that family,” the local resident said. “It was Alec and Randy and the grandfather who had all the power so Maggie just focused on her boys. I don’t think she had a way out.”

The Dish: Razza chef and owner Dan Richer on the art of making pizza

Watch the best shots of Warner's match-winning 89 not out 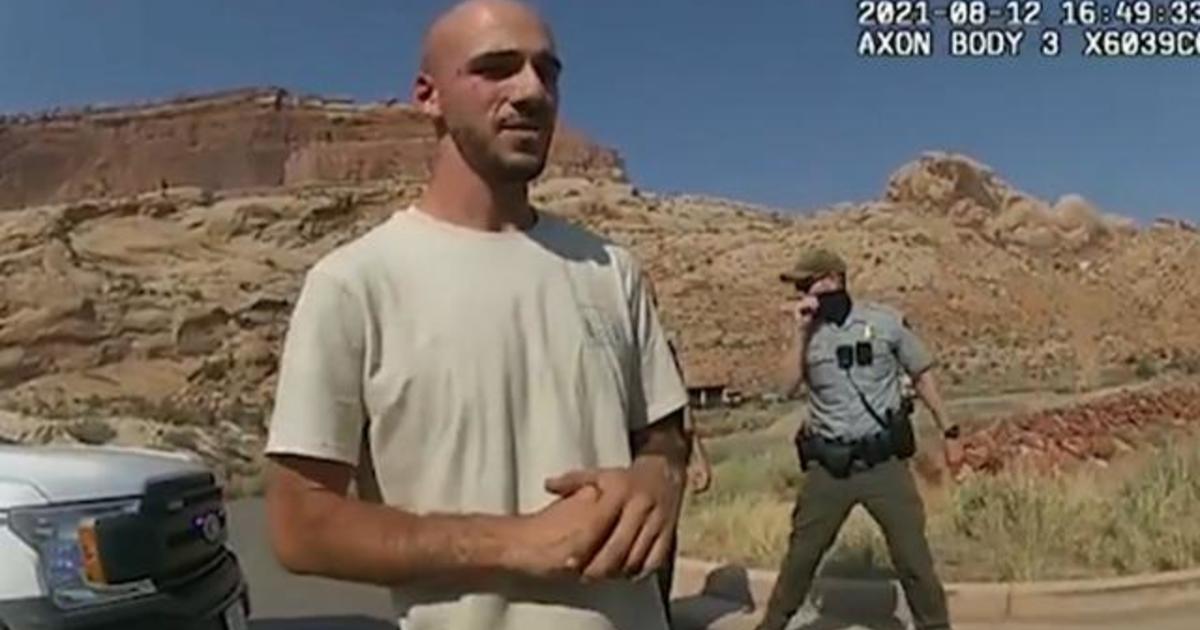