The Prime Minister has held an emergency Downing Street press conference this evening as two Omicron variant coronavirus cases have been detected in the UK.

During the conference, Boris Johnson said the rules on face coverings in shops and on public transport will be tightened.

Boris Johnson said the exact rules on face coverings will be set out soon.

He told the Downing Street press conference: “On face coverings, what we’re looking at is retail and transport, just going back to a position where you have to wear them in retail settings or on public transport.

“But the Health Secretary Saj (Javid) will be setting out more in the course of the next day or so.”

COVID UPDATE: Face coverings will become compulsory on public transport and in shops. Not including hospitality. pic.twitter.com/pq3TdftcOB

He also said that anyone arriving in the UK will be asked to take a PCR test for Covid-19 on the second day and must self isolate until they provide a negative test.

COVID UPDATE: All international arrivals entering England must take a day 2 PCR test and self-isolate until they receive a negative result. pic.twitter.com/BuQcUzkFMb

The UK Health Security Agency confirmed the Omicron cases in Nottingham and Essex – both believed to be connected and linked to travel to southern Africa, after genomic sequencing overnight.

“Second, we need to slow down the spread of this variant here in the UK, because measures at the border can only ever minimise and delay the arrival of a new variant rather than stop it all together.

“We will require all contacts of those who test positive with a suspected case of Omicron to self-isolate for 10 days regardless of your vaccination status.

“We will also go further in asking all of you to help contain the spread of this variant by tightening up the rules on face coverings in shops and on public transport.”

The new measures will be reviewed in three weeks.

“Right now this is the responsible course of action,” said Boris Johnson.

The PM began his news conference by warning: “This variant is spreading around the world.”

“There are many things that we just cannot know at this early stage,” he says, before adding that it does appear Omicron spreads very rapidly.

He says it is an “extensive mutation” that “might at least in part reduce the effectiveness of our vaccines”.

The “targeted measures now” will “buy time for our scientists” to know what we are “dealing with”, as well as facilitating more booster jabs in arms and keeping pressure off the NHS.

Boris Johnson also said the UK is going to “boost the (vaccine) booster campaign” – even though it is not yet confirmed how effective the vaccines are against Omicron.

The Prime Minister added: “Third, and most importantly, we need to bolster our protections against this new variant.

“We don’t yet exactly know how effective our vaccines will be against Omicron but we have good reasons for believing they will provide at least some measure of protection.

“If you’re boosted, your response is likely to be stronger so it’s more vital than ever that people get their jabs and we get those boosters into arms as fast as possible.

“From today we’re going to boost the booster campaign, we’re already planning to do six million jabs in England alone over the next three weeks and now we’re looking to go further.

“The Health Secretary has asked the JCVI (Joint Committee on Vaccination and Immunisation) to consider giving boosters to as wide a group as possible as well as reducing the gap between your second dose and your booster.”

Boris Johnson confirmed there will be no changes to the rules for the hospitality sector.

Chief scientific adviser Sir Patrick Vallance told the Downing Street press conference that “three things need to be done” in the face of the new variant.

He said: “The first is to try to limit the number of cases that enter the country from places that have got lots of cases. And that means trying to detect people and prevent them from spreading in the country.

“The second is to make sure that when we do have cases in the country, and we will have cases just as other countries will have, that we try and limit spread in the country and that means detecting those cases, making sure the contacts are identified.

“And the third is to bolster our defences. And the defences are first and foremost to make sure that the vaccines are boosted because very high levels of antibody coverage will create a higher proportion of people protected even against a variant.”

The UK may need to “face up” to the possibility of further action if the Omicron variant is very transmissible , the UK’s chief scientific adviser has said.

“But if it’s very transmissible and does cause big escape, then clearly that’s a major issue we have to face up to.

“But that isn’t what we know at the moment, we need to get that information.”

The Prime Minister said he is “confident” this Christmas “will be considerably better than last Christmas.”

Questioned about the prospect for this year’s festivities at a Downing Street press conference relating to the new coronavirus variant, Boris Johnson said: “We continue to be in a strong position largely thanks to the speed of the vaccine rollout, another booster rollout and I think I’m going to stick with the formula I’ve used before, which is I’m pretty confident to absolutely confident this Christmas will be considerably better than last Christmas.”

Commenting on two cases of the Omicron Covid variant being detected in the UK, Peter Openshaw, professor of experimental medicine, Imperial College London, said: “There is no need to get alarmed, but we do need to be prepared and to take rapid action.

“It is better to act fast but be prepared to change as new information comes in. Travel restrictions may slow the rate of growth and buy time to establish the important facts about severity, immune evasion, transmission and susceptibility to treatment and prevention.”

Prof Openshaw added: “With or without this new variant, Delta is already a crisis in many parts of Europe and still causing a lot of illness and death in the UK, especially in those not vaccinated or in those who do not respond to vaccines.”

Russia jails 5 people over coal mine disaster that killed 51 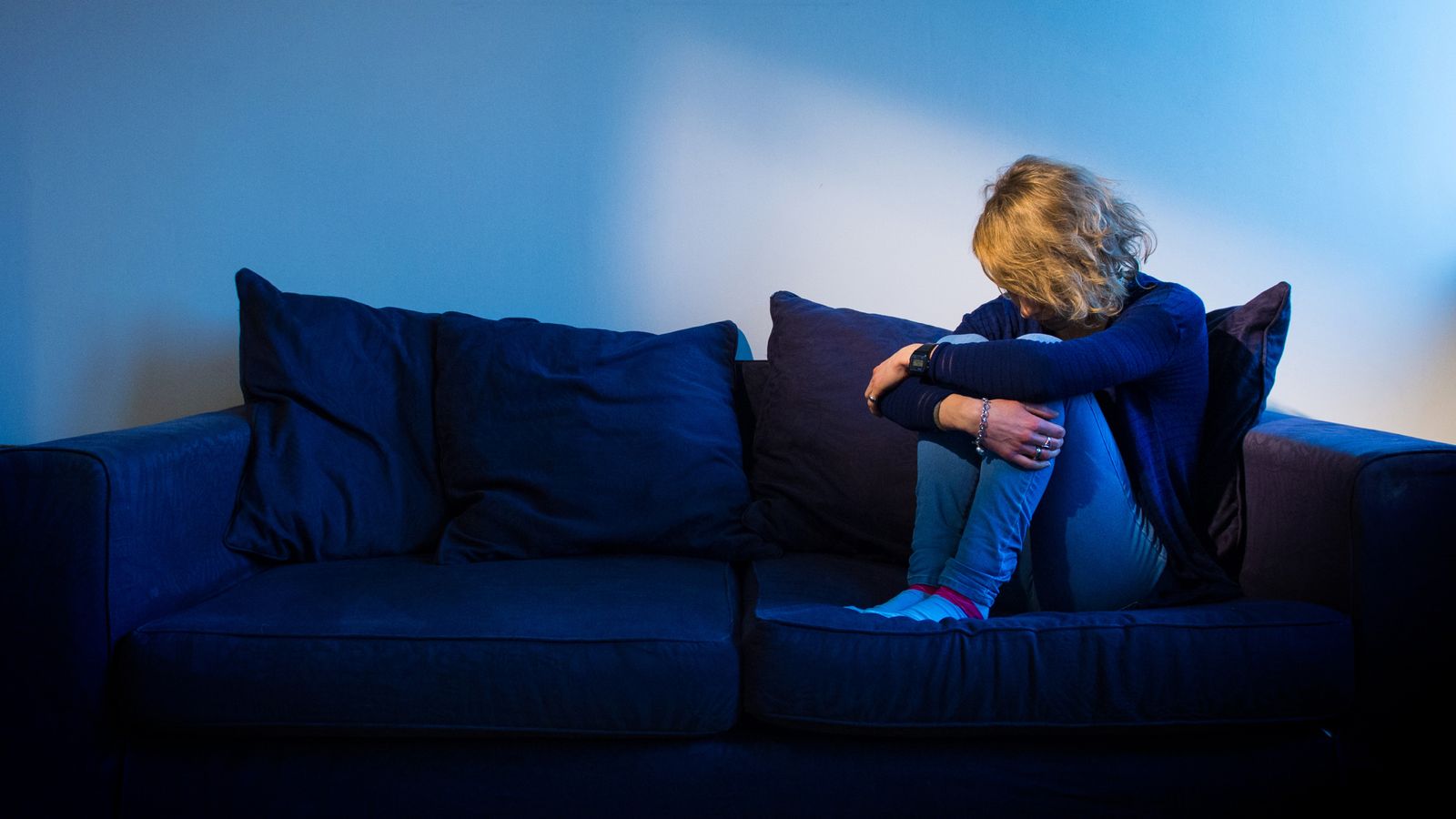 What is today’s Wordle? May 26 hints 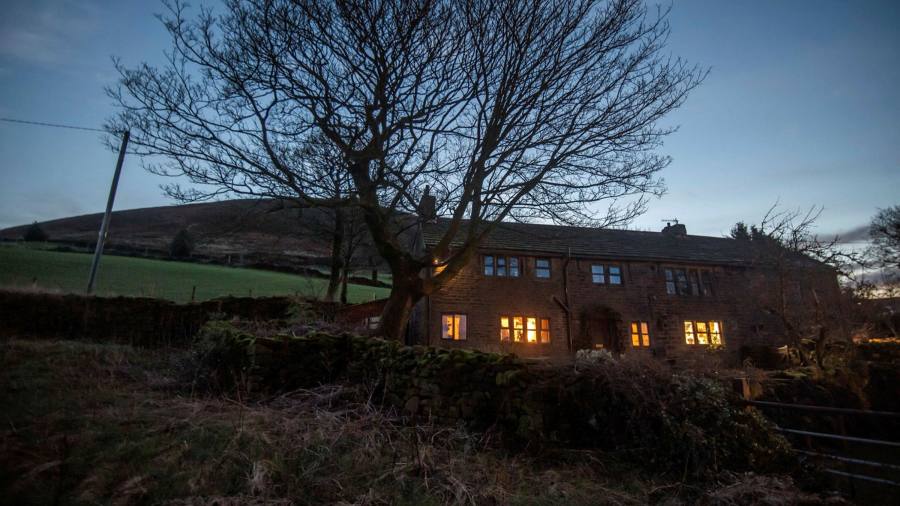 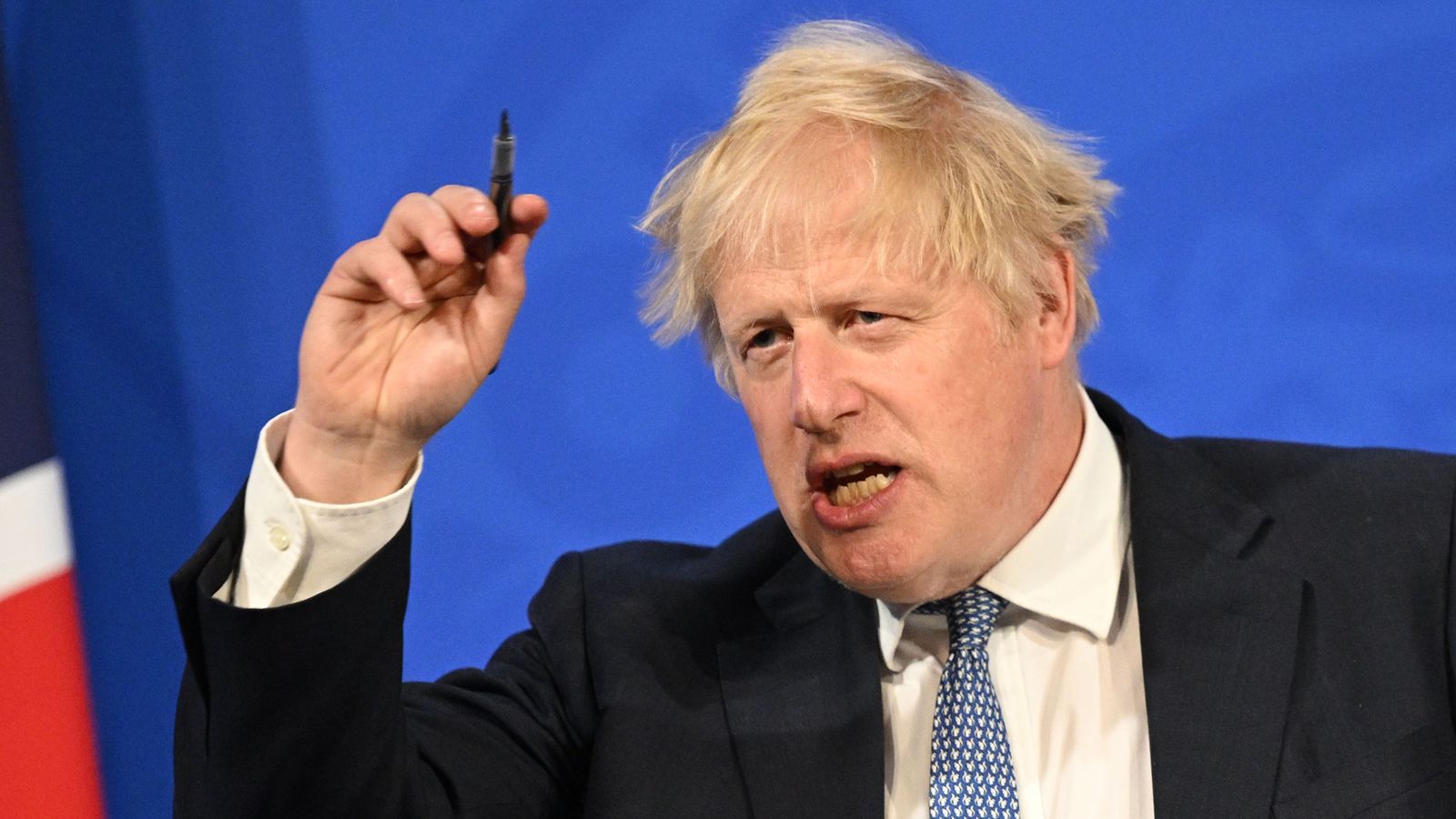 Partygate: Drunken fights and vomiting – but the Sue Gray report was a relief for Boris Johnson 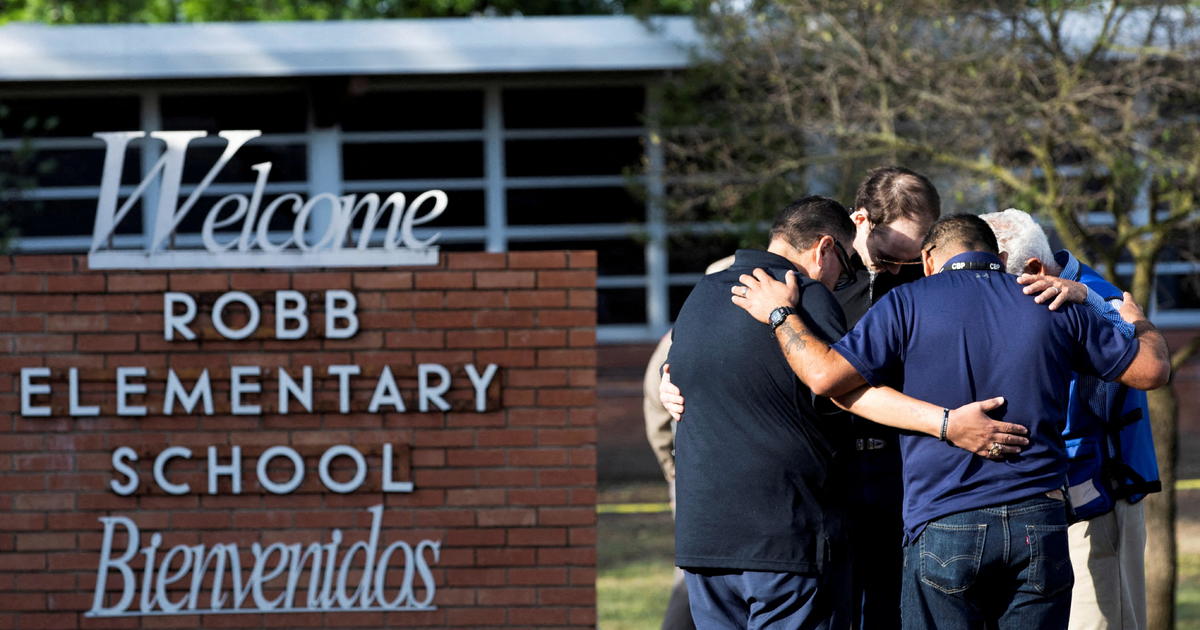 How do you survive a mass shooting? We asked experts for advice
3 hours ago

How do you survive a mass shooting? We asked experts for advice 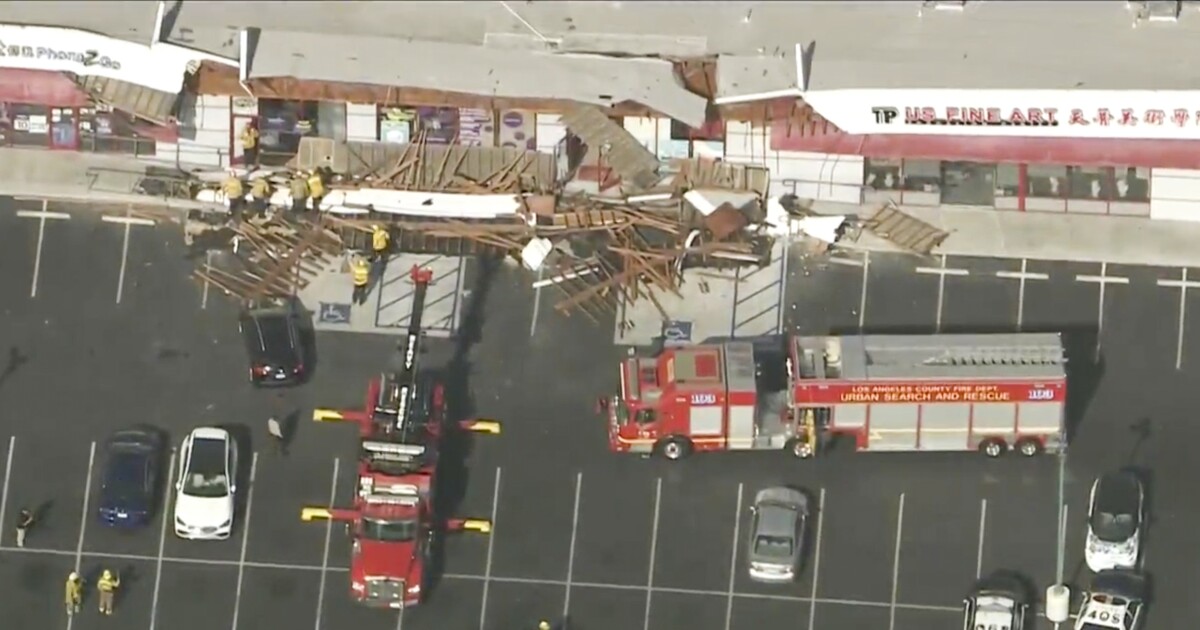 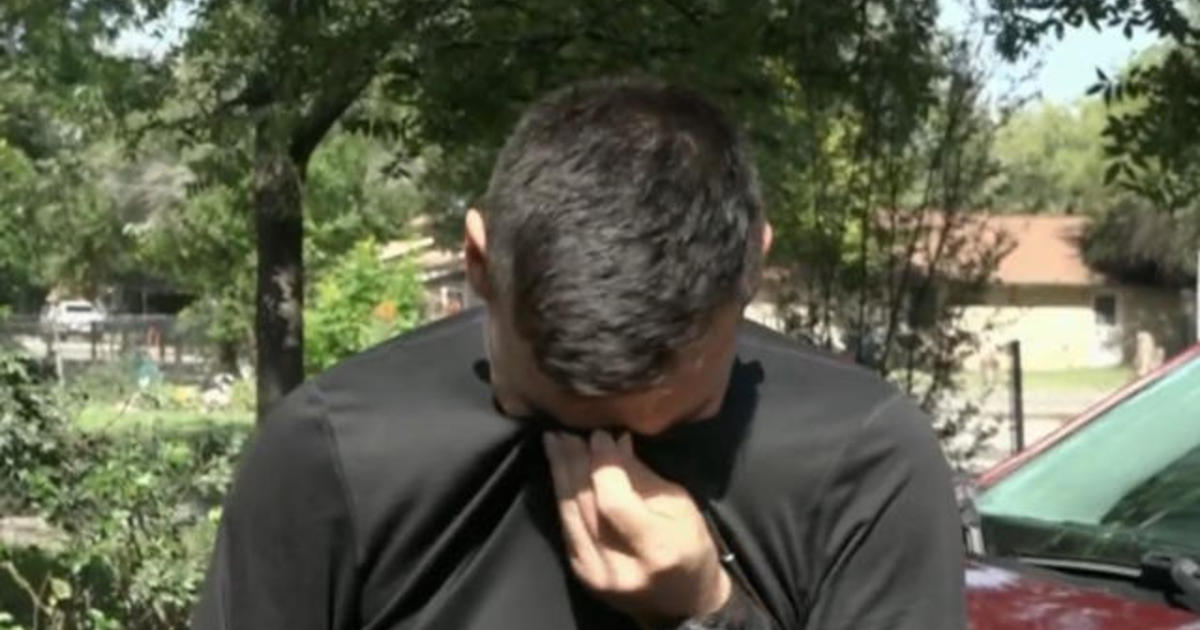