Scottish drinks makers have warned that a flagship recycling scheme, due to come in next year, threatens to fragment the UK beverage market and lead to the withdrawal of products such as craft beer from shelves.

The “deposit return scheme” is due to start in August 2023 before similar plans are rolled out to the rest of the UK. Under the proposal, customers are charged 20p when they buy a single-use drinks container, which they can claim back upon returning it.

Edinburgh hopes the plan — which is central to Scotland’s net zero emissions by 2045 target — will motivate people to recycle and reduce litter. Ministers aim to repurpose 90 per cent of the more than 2.5bn single-use glass, metal and plastic containers used in the country each year.

But businesses representing Scotland’s £14bn drinks and food industry say Holyrood is ignoring warnings of flaws that will render the system — whose objectives they support — unworkable and expensive.

Drinks retailers argue they will be hard pressed to install the machinery needed in time, and that introducing the scheme ahead of other UK nations risks creating a separate domestic drinks market, with producers beholden to different regulations to the rest of the country.

“We are effectively having to create a distinct Scottish drinks market,” said Ewan MacDonald-Russell, of the Scottish Retail Consortium, whose members include Tesco and Deliveroo. “It’s much less efficient to do things just in Scotland” as that would deprive companies of the ability to produce at scale and keep a lid on costs, he said.

The cost of creating specific labels and bar codes for the relatively small Scottish market may prompt businesses to stop stocking some products, reducing choice for customers, some warned.

Jean-Etienne Gourgues, chief executive and chair of Chivas Brothers, the Scotch arm of French group Pernod Ricard, called for an alignment with the rest of the UK.

“It will be a bit paradoxical now that travel is authorised, [if] people arrive in Scotland and the choice of product available is smaller than” in other parts of the world, he said.

A number of businesses told the Financial Times they wanted to know how they would claw back VAT on the deposit, and what to do with their containers that do not comply with the incoming rules.

They also said it could potentially fall foul of post-Brexit legislation to ensure unhindered trade across the UK. This will only become clear when the final details of the scheme in England, Wales and Northern Ireland are announced.

Exporters south of the border are also worried about added overheads. “Our producers are looking at the costs and administration, and they are trying to figure out how much they can send to Scotland,” said Freddie Joosten, environment policy manager at the Wine and Spirits Trade Association, which has more than 300 members. “Will it be financially viable?”

While there is no specific requirement for separate labelling for containers that make their way to Scotland in the scheme, Joosten said there would be no other way for producers to track and trace them.

“What they have done is say you [producers] have to identify the bottles. How are you going to do that? Obviously you have to have labels,” Joosten said.

Jamie Delap, head of Fyne Ales in Argyllshire in western Scotland and a director of the UK-wide Society of Independent Brewers, said the design of the scheme would “decimate” small producers.

“Coming out of the pandemic, everyone is carrying more debt and as we go into this cost of living crisis, brewers are struggling to make their businesses work,” he said. “This unworkable deposit return scheme is posing an existential risk to small brewers.”

Online sales, which proved to be a lifeline for small producers during the Covid-19 crisis, were another source of concern for businesses, who argued that these would be damaged if they were also required to add container pick-ups to their service.

Claire Rennie, owner of Summerhouse Drinks, which produces craft soft drinks with herbs grown at the family farm in Aberdeenshire, said the company is worried about the inclusion of glass in the Scottish scheme.

“Effectively there is going to be a trade border created for glass bottles between Scotland and England” and that means small companies like hers “will never have the economies of scale”, Rennie said.

Lorna Slater, Scotland’s circular economy minister and co-leader of the Greens, said that similar schemes had already proven successful in many European countries. Similar systems have been in place in Denmark, Germany and Netherlands for decades.

“We are confident that ours will deliver similar results,” said Slater. She added that businesses should contact Circularity Scotland, the body set up in 2021 to run the deposit return scheme, for information on how to run the scheme.

Circularity Scotland said it had secured £18mn in commercial loans for the set-up phase of the scheme. It has also appointed a sustainable waste management company for collecting and processing “billions” of drinks containers, which could create 500 jobs.

Astronomy Photographer of the Year photos are out of this world

The Play That Goes Wrong a ‘stylish, comical mess’ – how to get tickets 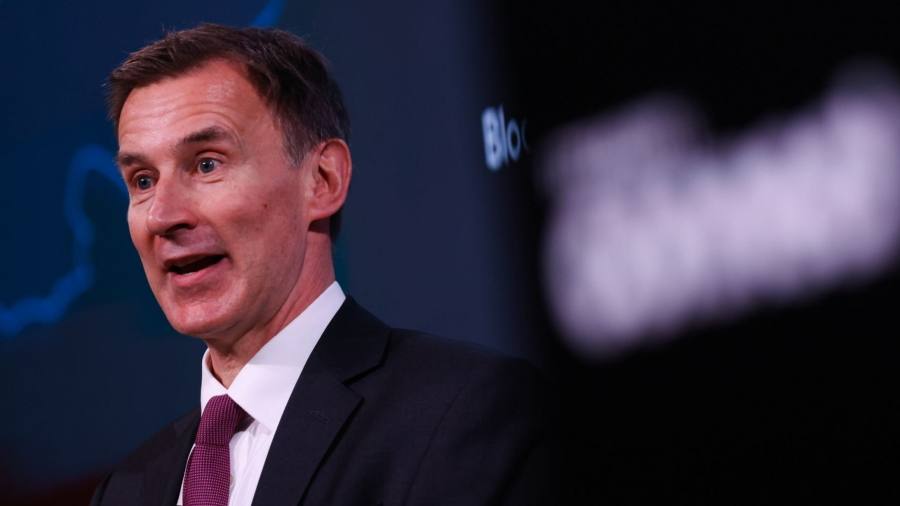