Newly released results from Ontario’s standardized tests — administered in the spring after a two-year break during the COVID-19 pandemic — suggest students are struggling in math, with a majority of Grade 6 students failing to meet the province’s bar.

The Education Quality and Accountability Office (EQAO) data, published on Thursday, shows no improvement in math scores for students in both Grade 3 and Grade 6 from the 2018 school year. That same year, the freshly-elected government of Premier Doug Ford pledged to overhaul the province’s math curriculum and improve standardized test scores.

For Grade 9 students, 52 per cent met the provincial standard, down from 75 per cent three years ago

The tests for grades 3 and 6 were administered in May and June. It was the first time students took the exams online, with some tests paused for a time due to technical issues.

Reading and writing scores for Grade 3 students were also lower than in 2018, though roughly the same for Grade 6.

“EQAO data show that Ontario’s student outcomes are similar to those of other jurisdictions, where the pandemic has had a more significant impact on mathematics than on literacy achievement,” the testing body said in a news release.

New round of payments to parents

After the results were released, Ontario Education Minister Stephen Lecce announced that the province is rolling out a new round of direct payments to parents.

Lecce framed the payments as help for tutoring supports for students to “catch up” from the pandemic.

But the government announcement contains no references to parents having to prove how the money would be used.

“I have confidence that parents in the province will put this money to work for their kids,” Lecce said.

Ontario issued several rounds of direct payments to parents during the COVID-19 pandemic, with no strings attached other than the age of their children.

The new “catch up” payments will total $365 million.

Families can apply for the payments through a website where they can create a profile for each eligible student, and applications will be accepted until March 31, 2023.

When vague details of the program were first announced in this year’s postelection budget, critics said money should go toward the public education system and not be funnelled to private tutoring companies.

A spokesperson for Lecce attributed the scores to the challenges of COVID-19, saying the province is committed to helping students catch up after pandemic learning disruptions.

“Today’s EQAO results underscore the importance of what we’ve been saying for months: students need to be in classrooms, focused on catching up, for the entire school year,” Grace Lee said Thursday.

“While student learning loss due to the pandemic is a global challenge, Ontario has a plan that invests in expanded school and tutoring supports to ensure students can learn the skills they need to succeed for the jobs of tomorrow.”

Ontario introduced its new math curriculum into classrooms in September 2020, framing it as getting back to basics and giving students skills to get jobs of the future.

Students in the province were out of school for a total of 20 weeks during the pandemic. In July, the government introduced its plan to help students catch up from learning losses, including money for tutoring.

Results from the Ontario Secondary School Literacy Test, which measures literacy standards up to the end of Grade 9, were also released Thursday. The EQAO says overall success rates are high, though it’s more difficult to compare them to the previous set of figures.

More Grade 11 and non-graduating Grade 12 students took the literacy test because they couldn’t during the pandemic, and they had higher success rates than Grade 10 students. 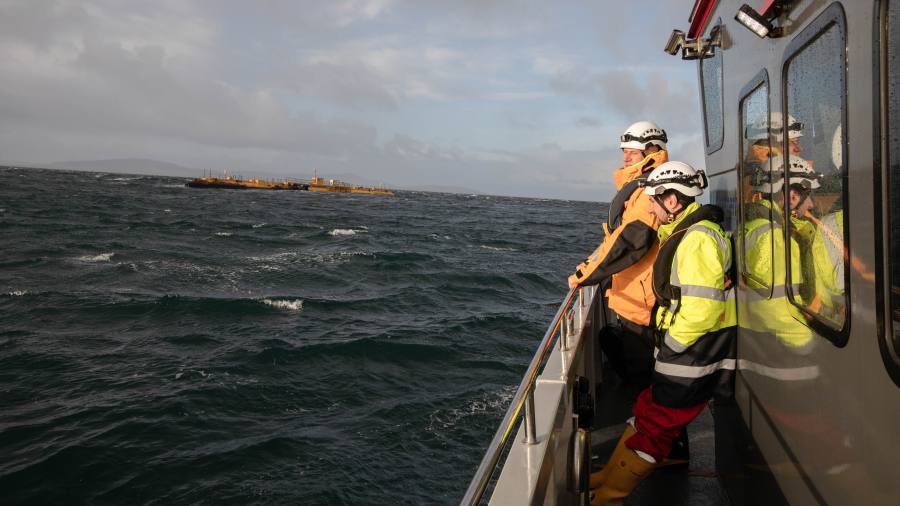 In photos: Orkney isles lead the way in wind and tidal power