British retail sales fell more than expected in September because of soaring inflation, low consumer confidence and the impact of Queen Elizabeth’s funeral, fuelling concerns among economists of a looming recession.

The quantity of goods bought in Britain dropped 1.4 per cent between August and September, following a sharp contraction in the previous month, according to data published on Friday by the Office for National Statistics.

This was a worse result than the 0.5 per cent fall forecast by economists polled by Reuters, pushing retail sales below pre-pandemic levels for the first time since February last year.

“I expect retail sales to get worse in 2023 as consumers face higher mortgage costs, higher rental costs and possibly higher energy bills too,” she said.

The ONS said “retailers continue to mention the effect of rising prices and the cost of living on sales volumes”, but added that data for September had been affected by the bank holiday for the funeral of the Queen, when many retailers closed.

In the three months to September, the quantity of goods sold was 2 per cent down compared with the previous three months, although consumers spent 0.5 per cent more, highlighting the effect of soaring prices.

UK inflation rose to a 40-year high of 10.1 per cent in September, with food inflation hitting a record high of 14.6 per cent, according to official data on Wednesday.

Consumers tightened their belts across all major sectors of spending, but food store sales were the largest driver of the month-on-month drop. They fell 1.8 per cent, suggesting consumers are restricting essential spending amid the intensifying cost of living crisis.

Households also cut spending on automotive fuel, with sales down 1.3 per cent in September to 10.2 per cent below pre-pandemic levels.

Friday’s data follow confirmation of consumer confidence hovering close to its lowest level in 50 years, according to the research company GfK.

The figures highlight the precarity of the UK’s economic performance amid political turmoil, fast rising prices and higher borrowing costs. Many economists expect the country to enter an economic recession this year. 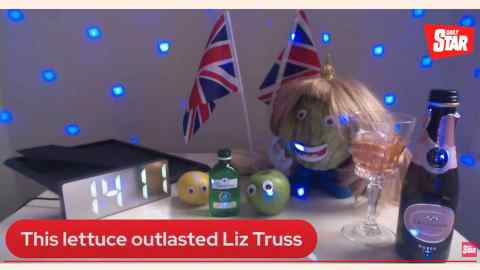 Chancellor Jeremy Hunt this week said blanket government support for households and businesses facing soaring energy bills would end next April, and he has not ruled out raising benefits by less than inflation next year to control public borrowing.

Samuel Tombs, chief UK economist at the consultancy Pantheon Macroeconomics, said he therefore expected household expenditure to fall 1.5 per cent in 2023. “Retailers won’t be shielded from the downturn,” he said.

Thomas Pugh, economist at the consultancy RSM UK, said the government’s new focus on fiscal discipline increased the risks of a deeper recession and suggested “that along with a cost of living crisis and a cost of borrowing crisis, the economy maybe also be facing austerity mark 2”.

Balearics accounts for one in four Britons coming to Spain

Cost of living: Almost half of working age households ‘behind on or struggling with housing costs’