The Scottish Government’s Covid vaccine passport scheme was hit by a series of issues before and after its roll-out early this month.

From debates around whether the scheme should be introduced, to issues with the app’s functionality and concerns over how much personal data is shared, the implementation has been far from smooth.

We take a look at the 15 key moments in the build up, and following, its launch.

1 – Health Secretary has ‘ethical, clinical and human rights concerns’ about vaccine passports (May 26)

Humza Yousaf reveals the Scottish Government has yet to make a decision on the use of vaccine passports in Scotland.

The absence of a confirmed plan leads Scottish GPs to be inundated with requests for a form of proof of their vaccination that month.

Mr Yousaf tells MSPs: “No decision has been taken on using them domestically, but I do have ethical, clinical and human rights concerns about their use.”

John Swinney says he disagrees with a suggestion from then Cabinet Office minister Michael Gove, who said the UK Government is considering vaccine passports for events such as football matches.

Asked about Mr Gove’s comments that those who refuse vaccines when they are able to receive one are “selfish”, Mr Swinney says: “I think it’s the wrong way to handle it.

“…I would be much more convinced by an argument that was about engaging people, taking people with us and explaining the rationale.”

Danish IT firm Netcompany is appointed by NHS National Services Scotland to develop the new system, with a contract worth up to £600,000.

This comes amid speculation a Covid app may be put to wider use, including entry to sporting or music events.

Travellers from our shores begin to experience problems proving their vaccination status in some parts of Europe as the Scotland lags behind developing its own digital app.

At this stage, Scots can only get paper confirmation proof of vaccines, while England and Wales are equipped with a QR code on their NHS app.

Officials in countries including France say their app will not work with the Scottish and Northern Irish paper certificates.

The Scottish Government insists it is “developing an app” for release in September.

The first minister announces the likely introduction of vaccine passports by the end of September, subject to approval by parliament, as Covid cases surge across Scotland.

In an update to MSPs, Nicola Sturgeon says the Delta variant has changed the pandemic in a very challenging way and the move would offer protection to those entering “higher risk settings” such as nightclubs.

The Scottish Liberal Democrats describe the decision as setting a “dangerous precedent” and argue such a scheme “presents real risks to the management of our personal information”.

Meanwhile, the Tories stress businesses need “in-depth guidance” around the scheme as soon as possible.

MSPs approve plans to introduce the scheme from October 1, requiring those entering events including football grounds, music festivals and nightclubs to prove they have received two jabs.

The Tories criticise the Scottish Government for only publishing a paper on the proposals “hours” before a debate in the Scottish Parliament.

“The flaws are considerable and the lack of detail astounding.”

Nicola Sturgeon faces calls to scrap the Covid passport scheme in Scotland after England chooses to drop the plans.

He says UK officials looked at the evidence before deciding against the scheme but will “keep it in reverse as a potential option”.

8 – Confusion over definition of a nightclub (September 14)

The Scottish Government flounders over the precise definition of what a nightclub is, with less than 20 days before the scheme is rolled out.

Covid Recovery Secretary John Swinney admits it is still a “grey area” and says the Scottish Government is working with industry chiefs to provide a definition.

First Minister Nicola Sturgeon gives further details on the plans in a statement at the Scottish Parliament, including the definition of a nightclub.

According to the Scottish Government, a nightclub is open between midnight and 5am, serves alcohol after midnight, provides live or recorded music for dancing and has a dancefloor which is in use.

Ms Sturgeon says: “We think it is a proportionate measure to introduce ahead of the winter period to try to help us get transmission down and keep it down, to drive up even further the already high vaccination uptake rate.

“And to do all this while we keep businesses like nightclubs and  large events open for business, rather than have them face the risk of closure again this winter.”

The scheme prompts concerns from the Scottish Human Rights Commission who urges the Scottish Government to set out how it will comply with human rights requirements.

Ahead of giving evidence to the Scottish Parliament’s Covid-19 recovery committee, chairwoman Judith Robertson says: “The Scottish Government has a duty to take reasonable steps to minimise the risk to life and protect health.

“However, the measures taken to do so must also comply with the UK’s, and in turn Scotland’s, human rights obligations.

“The commission is urging the Scottish Government to demonstrate compliance with human rights requirements, aligning its practice with its stated commitment to embed human rights across all areas of the government’s work.”

The new app launches the night before the Covid vaccine passport scheme comes into effect across Scotland.

But after downloading the app, hundreds take to social media to express their frustration that they cannot see their details.

Some eager to register for the app are left confused as it fails to appear in many Google Play and Apple App Store searches.

Edinburgh Napier University Professor Bill Buchanan OBE, a UK tech expert, insists the app should have been quite a simple tool to produce.

He tells The Courier: “It looks over-engineered and not tested at scale or for usability.

“The previous website [used to print off proof of vaccination] worked fairly well for matching, so I don’t understand why they didn’t just integrate that with an app.

“The previous system produced a PDF that was unsecured and not digitally signed, so they should have perhaps fixed that and ported it to an app.

“It should have been much simpler than what they have rolled out.”

A Scottish Government spokesman says the problems are likely due to a high number of people trying to use the app at one time.

In a statement, the Dons say: “We’ve gone to extraordinary lengths to pull off our test plans for Sunday’s game but, having just received quite lengthy guidance today, it’s impossible to digest and train our staff and stewards in less than 48 hours, and as a result, no one will be asked to show proof of vaccine [at tomorrow’s match].”

Nicola Sturgeon apologies for the calamitous roll-out of the app but blames it on an issue with NHS systems.

The SNP leader says: “Essentially, the high level of demand after the launch of the app, combined with an error in one part of the NHS system, meant that information wasn’t being sent quickly enough from the NHS system to the app.”

The announcement – uploaded to the government’s website at 2.09am – states the scheme is being updated from Thursday, October 21.

The changes will ensure a green tick replaces the dates of vaccination currently displayed on the app in a bid to reduce the amount of personal information shared.

Concerns are raised that the new update to the app will cause “further confusion and frustration” for users and businesses.

“The SNP must accept the scheme has failed and scrap it for good.”

“The app was broken on launch, and night time businesses described scenes of chaos and confusion in the first weekend of the scheme.

“Now the SNP have quietly launched updates to their apps, for both businesses and customers, to fix data privacy issues with the existing app.”

The Scottish Government says “most businesses that are required to update the NHS Covid Check app have done so already” and “further sectoral engagement” was ongoing on Thursday in a bid to reach more businesses. 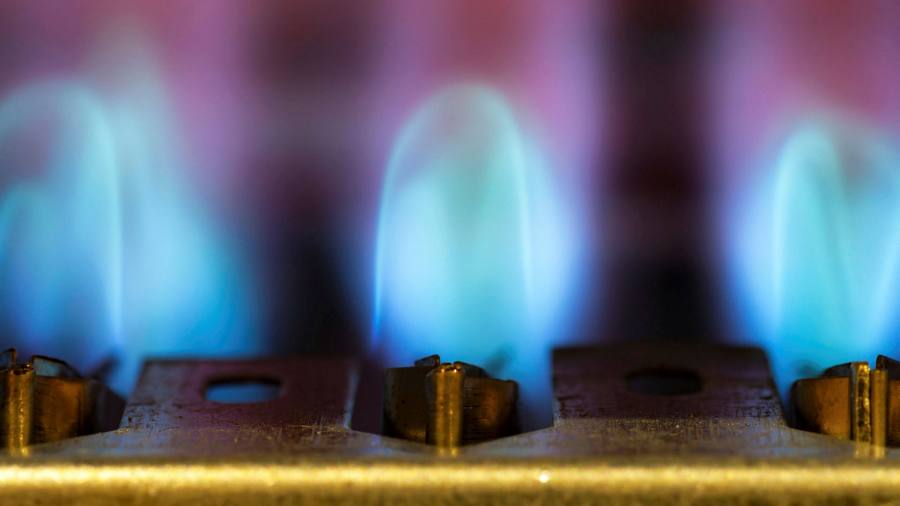