Rep. Tim Ryan of Ohio turned in a lively performance in Monday night’s contentious debate against his GOP opponent JD Vance for the state’s open Senate seat, and he has a slight lead in a couple of recent polls, but nonetheless, he’s heard little from the Democratic Party about dropping more resources into what was once considered to be a longshot campaign.

“We haven’t heard from anybody in a notable way,” he told CBS News chief election and campaign correspondent Robert Costa on “Red & Blue” on Tuesday. “And we were on our own.”

He went on to say he’s getting help from “a bunch of grassroots supporters” and added, “we’re prepared to go it alone here, but we’re going to win it.”  Ryan sought to emphasize that there’s an advantage to running without a lot of major party support. “I think that’s going to be something that’s going to be good for everybody, because I’ll get to D.C. knowing that we did this on our own and, you know, I’ll be an independent voice for Ohio.”

And he plans to continue distancing himself from Democrats, including President Joe Biden, as the country continues to be squeezed by high inflation and rising prices. He said he’ll go it alone, without their help on the campaign trail in the coming weeks before Election Day.

“No, I won’t be asking the president to come in — or very, very few, if any, national people to come in and actually campaign with us, because I want to be the main face, the main messenger of that of this campaign,” Ryan told Costa. Instead he’ll tout his own family’s Ohio roots. He and his wife are both from the Youngstown area, and his wife has been a public schoolteacher there for 20 years. “We’re just…an Ohio family that wants to connect with other Ohioans,” he said.

Ryan also suggested that having outside help hasn’t been all that useful to Vance, who was endorsed by former President Donald Trump. Trump, who won Ohio by 8 points in 2020, has also campaigned for Vance in the state.

“Trump coming in(to Ohio) for JD Vance actually was an absolute net negative for him,” Ryan said. “You know, it’s like, run your own race, stand on your own two feet.”

He claimed that Vance has been losing GOP support, and after the debate, “our phones are ringing off the hook with Republicans, Republican donors, Republican voters that want to come help. So, we’ve got a lot of momentum now. We just got to keep it going.” 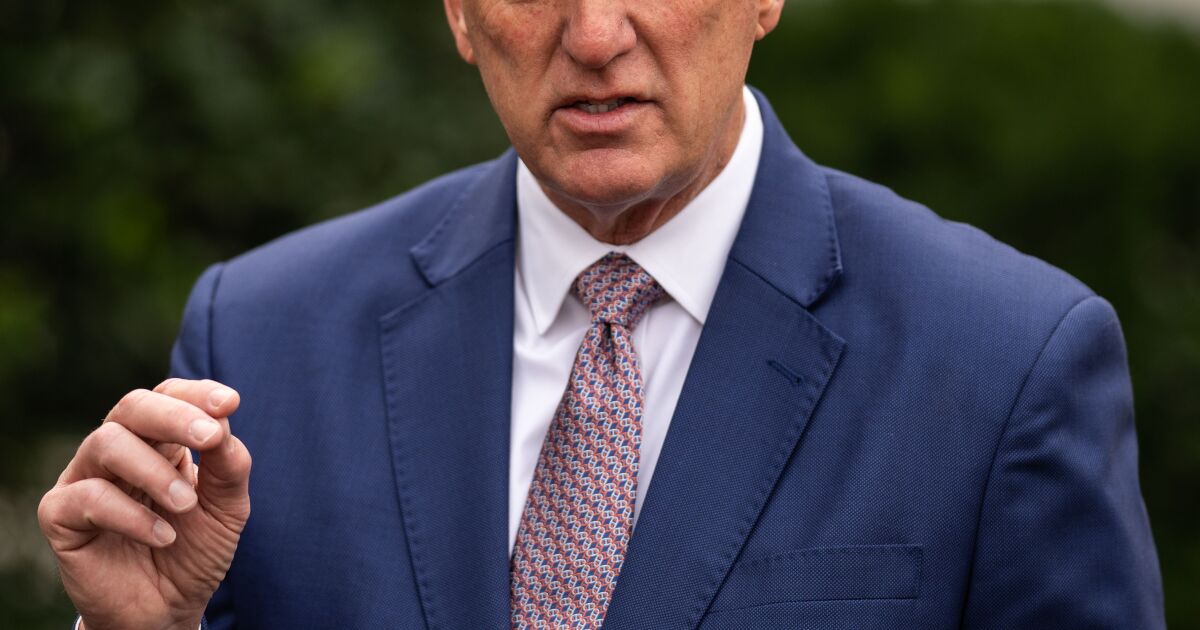