Phil Hatcher and his wife moved to New Hampshire from the Midwest in 1986, and soon got a taste of what makes the state’s first-in-the-nation primary so special to the people who live there.

The Rev. Jesse Jackson gave their young daughter a pat on the head at an event during his 1988 presidential campaign, before placing fourth in the state. During the 1992 presidential primary cycle, Hatcher attended his first house party, where former California Gov. Jerry Brown was the guest of honor.

“A friend of ours went to a Jerry Brown event and just walked up to him and said, ‘I’d like to have you come to my house.’ And he looked at her and said, ‘Fine,’” said Hatcher, who is now co-chair of the Dover Democrats. “It was amazing to us.”

Thirty years later, the future of New Hampshire’s century-old, first-in-the-nation primary is on shaky ground, as the national Democratic Party seeks to reassert its control over a process that’s been centered on traditions and dominated by smaller, predominantly white states.

For Hatcher, 100 years is a pretty good run.

“I’m in the camp of maybe it’s time for us to give it up, you know?” he said. “I understand it’s been a great thing for New Hampshire, but I think it’s hard to justify keeping it at this point.”

The Democratic National Committee is set to vote next month on President Biden’s proposal to dramatically reshape the first weeks of the party’s 2024 primary calendar. Instead of leading with the Iowa caucuses and the New Hampshire primary, presidential candidates would first face voters in South Carolina on Feb. 3, New Hampshire and Nevada on Feb. 6, Georgia on Feb. 13 and Michigan on Feb. 27.

But the odds of that calendar playing out in 2024 are low.

To go second, New Hampshire would need to repeal a 1975 state law that requires itsprimary to precede others by a week and pass new legislation expanding access to early voting.

The Democratic Party gave the state until Jan. 5 to pledge to make those changes. The state’s Republican Gov. Chris Sununu has repeatedly and forcefully rejected the party’s demands, writing earlier this month that the state would not be “blackmailed” or “threatened” by national Democrats.

“We’re going first, regardless of what Joe Biden thinks or wants,” Sununu recently told Bloomberg. “I think the Democrats have made a huge mistake.”

To keep their spot, Georgia Democrats would need to convince Republicans to hold two primaries. The Republican National Committee voted in September to keep the traditional order of the Iowa caucus and the New Hampshire primary.

And if Biden decided to run for reelection, it would limit the impact of the entire lineup.

With the Republican 2024 primary calendar set and the Democrats’ in flux, the DNC’s February vote won’t end New Hampshire’s first-in-the-nation primary status. But if the national party approves Biden’s plan, it would end decades of national party deference to the state, setting a new precedent for the 2028 primary season.

By acting now, when the odds of an open primary are low, national Democrats believe they have a better shot at upending old traditions in favor of a new system that prioritizes states that reflect the party’s base and decide general elections.

“We’re going to be constantly reevaluating this and have a framework on how to change it based on the needs of any given cycle,” Elleithee said. “That’s an incredibly important message to send.”

The party has also moved to strengthen penalties against states that hold unsanctioned nominating contests.

When Michigan and Florida jumped the line and held early primaries in 2008, the DNC initially stripped the states of their delegates before reversing course ahead of the convention.

Elleithee, who worked for Hillary Clinton’s 2008 presidential campaign, said the lesson he took away from that situation was that any effort to enforce the primary calendar would need to focus on the candidates, not just states and their delegates. Clinton and her competitors signed a pledge circulated by the Iowa, New Hampshire, South Carolina and Nevada state parties stating they would not campaign in the rogue states.

Under new rules approved last year, candidates who put their name on the ballot or campaign in states that have jumped the line could face additional sanctions from the Democratic party chair, such as being blocked from attending debates and losing access to the party’s voter information database.

“So when you hear a state say, ‘We don’t care what the DNC does, because there’s no way the candidates aren’t going to come,’ they might not if there’s too big of a price to pay,” Elleithee said.

The debate over the nominating calendar, and the threats to Iowa and New Hampshire’s dominance aren’t new. Ahead of the 2008 presidential primary, the party was debating a similar question: How do you give people of color a louder, earlier voice in the nominating process? The answer: Move up South Carolina and Nevada, where Black and Latino voters make up significant portions of the Democratic base.

In 2022, the DNC opened up the primary calendar process to all states that wanted to apply for an early spot. Twenty states and territories applied, and 17 were invited to make presentations. Committee members aimed to pick states that are racially and regionally diverse, have inclusive election processes — including a shift away from caucuses — and would allow Democratic candidates to get in front of as many battleground state voters as possible.

Nevada appeared to be the favorite for the first-in-the-nation slot before Biden’s proposal, and would likely be the favorite when the DNC reevaluates the calendar ahead of the 2028 cycle.

“For Democrats, choosing a president to lead America should start with a state that looks like America,” Rebecca Lambe, a Democratic consultant who worked as former Nevada Sen. Harry Reid’s chief political strategist, wrote in a November memo pitching Nevada as the first primary state. Reid, who died in 2021, played a pivotal role in increasing Nevada’s influence in the nominating process.

It’s a diverse, majority-minority state and a general election battleground. Nevada Democrats in recent years have passed legislation expanding mail voting and switching from caucuses to a primary system.

And unlike New Hampshire, Nevada’s backers may have gained good will with the committee by refraining from publicly criticizing the 2024 plan.

With their primary position under threat, New Hampshire Democrats — including the state’s congressional delegation, current and former legislators and influential DNC members — have pointed to the state law protecting their primary while also urging Biden and other DNC members to reconsider. The state’s Democratic senators, Jeanne Shaheen and Maggie Hassan, boycotted the White House congressional ball last month after Biden unveiled his plan, and have promised to keep fighting for first-in-the-nation status.

In a Jan. 5 letter to the party’s rules and bylaws committee, New Hampshire Democratic Party chair Raymond Buckley called the changes the DNC has asked the state to make “unrealistic and unattainable.” Buckley warned that the party was giving Republicans a valuable talking point ahead of the 2024 election, when the governor’s mansion, two congressional seats, control of the state legislature and the state’s four electoral college votes will be up for grabs.

Some in New Hampshire have also criticized Biden for arranging the primary schedule in a way that would benefit his reelection campaign by deterring challengers.

Neil Levesque, the executive director of the New Hampshire Institute of Politics at Saint Anselm College, has accused Biden of attempting to “rig” the 2024 presidential primary by elevating a state that’s favored him in the past. After placing fifth in New Hampshire’s 2020 presidential primary, Biden’s campaign was revived by a first-place finish in the South Carolina primary, a victory that has been credited in part to a key endorsement from Democratic Rep. James E. Clyburn.

“The president does not want to campaign in a state like New Hampshire because campaigning is not what people in power want to do,” Levesque said. “They want to go to a state like South Carolina, where one endorsement by a party boss will mean success.”

South Carolina is one of the few states that has a high share of Black voters and the flexibility to move its primary — unlike New Hampshire, the state party sets the primary date. But it is not a competitive general election state and lacks a strong union presence.

Democrats from the state have rejected the characterization that voters there are less independent than those in New Hampshire.

“Zero tolerance — ZERO for any disrespect or dismissal of Black voters,” Democratic National Committee chairman Jaime Harrison, who previously ran the South Carolina Democratic Party, wrote in a tweet. “These voters are always pragmatic & clear-eyed. Their knees have never buckled. Their spines have been stiffened in the perpetual fight for freedom and equality for ALL of US!”

In interviews, New Hampshire primary supporters stressed that no other state can match their track record of dedicated voters and support for underdog candidates.

The state is small enough that one can drive from its southern border with Massachusetts to its northern-most border with Canada in just over four hours, though most of its 1.4 million residents live near Manchester. It has media markets in which ad buys are cheaper and a politically engaged electorate that welcomes — and expects to have — conversations with presidential candidates.

Critics say that history is just that — stories about a bygone era. Or worse, a myth. Even fans of the New Hampshire primary say that the retail politics of the past have just given way to more rallies and selfie lines.

“Everybody refers to the Jimmy Carter campaign, which was real,” said Hatcher, the Dover Democrat. “But you know, how many Jimmy Carters have happened since then?”

Inside the small liberal arts college that Florida Gov. Ron DeSantis wants to take over

Column: What got Rep. Ilhan Omar kicked off that House committee? Payback and prejudice, not antisemitism 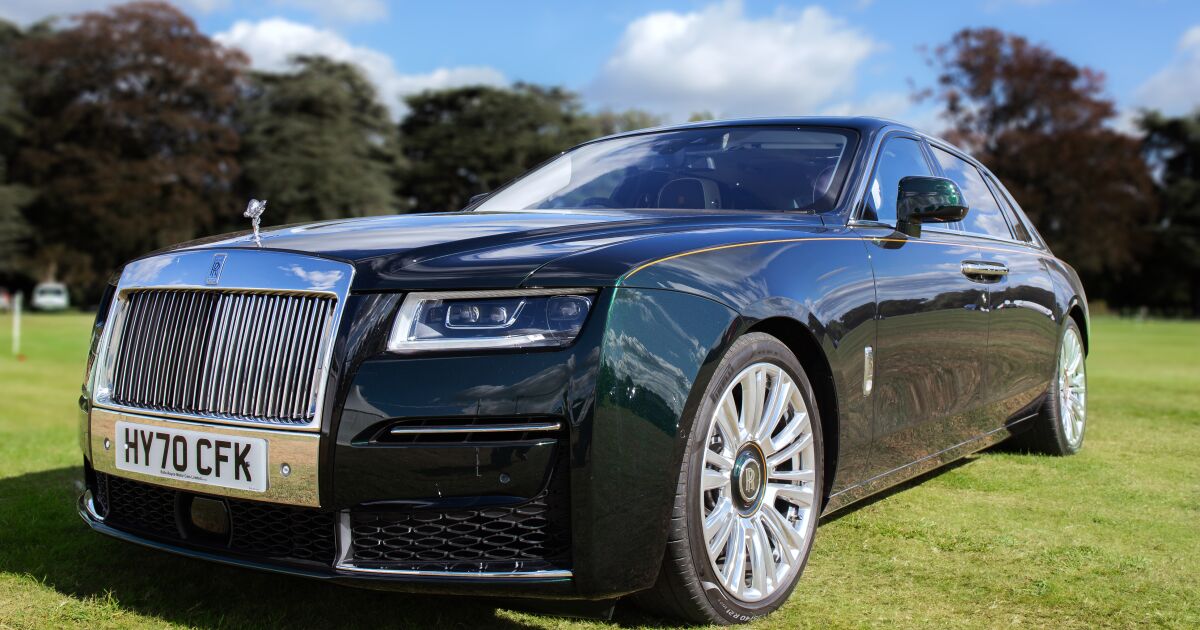