Shane Peterson has had sole custody of his two daughters in Nevada since 2017, but that court order means nothing in Sweden, where the girls have lived with their mom for nearly eight years.

And his ex-wife, Eva “Cecilia” Laible, now faces two felony counts of detention, concealment or removal of a child, but the related arrest warrant also can’t be enforced in Sweden.

The Nevada attorney general’s office filed the criminal complaint against her in 2019, a year after a Swedish court ruled that Peterson and Laible have joint custody on Swedish soil.

Peterson said he has been largely left out of his daughters’ lives since a Clark County judge approved Laible’s relocation to Sweden in 2013.

And now the foreign courts have been dueling it out.

“Sweden went out of their way to undermine the U.S. order,” Peterson said. “It’s become more of a power struggle rather than considering the benefit of our daughters.”

The Henderson dad said he hasn’t had contact with his daughters since December, which violates orders in both courts. He hasn’t seen Clara, 14, and Frida, 11, since January 2020.

He and his new wife, Rachel, now have a nearly 2-year-old son named Henry who hasn’t met his sisters.

They arrived in Sweden on June 12 and planned to return to the states just before Father’s Day. But after repeated attempts to initiate visitation, Peterson said he wasn’t able to make contact with his girls.

When Peterson gave Laible primary custody of their daughters in 2013, he didn’t realize it would be easier for them to move out of Nevada.

Laible did not respond to a request for comment for this story, and Gonzalez declined to comment on the case.

The woman’s attorney, Jessica Sandberg, said in an email to the Las Vegas Review-Journal in 2017 that the legal issues were overwhelming to her client and she could not afford the ongoing litigation in the U.S.

She said the Swedish court was worried about the high risk of child abduction.

Before Christmas 2016, Laible had been following enough of the Nevada relocation order to satisfy Peterson, and Peterson said there was no need for him to seek enforcement in Sweden.

But when Laible refused visitation at Christmas, she asked the Swedish court to assume jurisdiction and grant her sole custody.

Laura Dale, a local and global family law attorney in Texas, said the issue at play is the long length of time that the children were in Sweden before Family Court Judge Linda Marquis granted Peterson sole custody in 2017.

But the criminal charges could be a point of leverage, Dale said.

“They both have kind of a standoff situation,” she said. “A lot of times, that’s a good time to try and negotiate a settlement agreement that’s enforceable in both countries.”

The yearslong custody battle has left Peterson in legal limbo.

He is working with organizations both in the U.S. and Sweden that have helped bring children home from countries across the world. He also met with social services in Sweden during his most recent visit.

“At the end of the meeting, we all decided we should reach out to Cecilia and see if she would be open to having coffee in the courtyard of the social worker’s office building,” he wrote in an email. “She has declined to meet, stating that the kids ‘don’t want to meet with Shane or his family.’”

But, Peterson said, his family is Clara and Frida’s family. He also said that the social workers don’t know why the children would be upset with him and that they’ve never mentioned anything that changed to cause the current situation.

Dale said she has experienced similar frustrations on behalf of her clients.

“They don’t have the same system that we do; it’s very difficult to enforce orders,” she said. “It took a huge effort to try and get access for my clients.”

Lydia Lundstedt, a senior lecturer at the University of Stockholm in Sweden, said that contacting social services is a first step to try to persuade a parent to comply voluntarily with the court’s order.

“If that does not work, the order may be enforced by fines or ultimately by police intervention,” she said.

‘I haven’t given up’

In December, Peterson planned to visit his daughters for Christmas and had spent around $5,000 in nonrefundable flights and accommodations.

One week before departure, Laible sent Peterson an email.

“I am writing to inform you that we need to cancel your visitation with the girls this winter break,” she wrote.

She cited COVID-19 recommendations that were inconsistent with the new rules set forth by the Swedish health ministry. She also said the girls did not want to see their dad.

“The girls have also clearly stated that they do not wish to have visitation with you at this time. They are old enough to be involved in decisions that affect them, and I cannot force them when they say no,” Laible wrote. “They have been very clear that at this time they only want Skype/phone contact. I hope you will respect their wishes as they are old enough to force us parents to respect their will.”

Peterson said he has never received indication from his children that they are unhappy, and before his son was born, his daughters were excited that their stepmom was pregnant.

They were the first ones to buy him an outfit and a stuffed animal while their dad was visiting in 2019. Frida also drew a desert landscape on a onesie for her brother, her stepmom remembered.

When Henry was born, Clara called her dad and asked for updates. Rachel Peterson is a licensed therapist and said she has been looking at the circumstances through that lens and as a mother herself.

“I want them to feel safe and to be loved and to feel happy and to feel validated. All kids want to know where they come from and who they are,” she said. “Not having one of those pieces is really difficult for identity formation.”

Despite not having contact with his daughters, Peterson said he still tries calling three times a week. When they don’t pick up, he leaves a message. 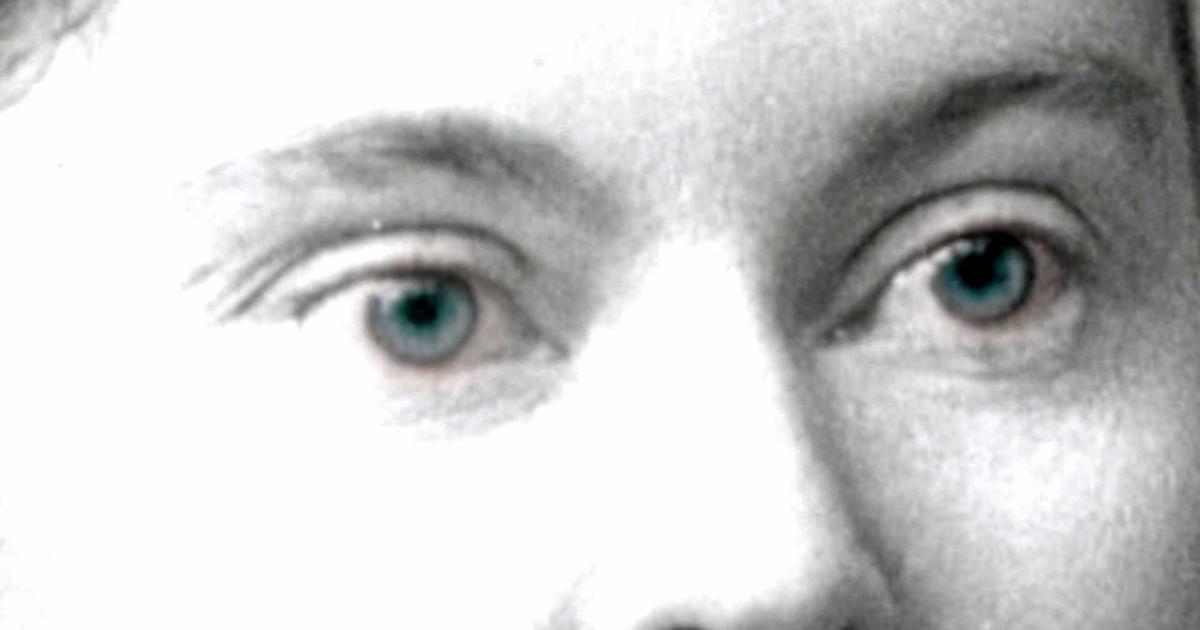 Was Lizzie Borden a notorious killer or wrongly accused?
27 mins ago