Serbia has seen thousands of news cases daily for weeks now and recorded more than 50 deaths each day, in the country of 7 million where about half of adults have been fully jabbed and tens of thousands have received booster doses.

On Saturday, authorities reported an additional 6,748 new infections in the past 24 hours and 60 fatalities from COVID-19. The Balkan nation has confirmed more than 1 million infections since the start of the pandemic and nearly 10,000 deaths.

Experts have harshly criticized the government decision to introduce COVID-19 passes for indoor spaces only from 10 p.m. They said the move was too little too late and that stricter measures are needed to curb the raging virus.

Serbia’s government initially was reluctant to impose any measures, urging people to get vaccinated instead. Face masks have been obligatory indoors in the Balkan country but there have been no limits for gatherings or work at nightclubs, bars or restaurants.

Starting Saturday evening, visitors will have to provide COVID-19 passes showing evidence of vaccination, a negative test or that they have recovered from the disease in the past seven months. Officials said more than 2,000 inspections will control whether the new rules are being implemented.

The virus situation has been alarming also in other countries of Central and Eastern Europe where vaccination rates are lower than the European Union average. Romania has approved the tightening of rules from Monday as hospitals filled up and infections soared to record numbers.

Slovenia on Saturday said the number of confirmed daily cases has reached a nine-month high and a positivity rate of about 30% in the country of about 2 million people. Slovenia has fully vaccinated 53% of the population of 2 million. Just over 5,000 people have died of COVID-19.

Croatia too is reporting a surge in daily new cases to more than 3,500 over the past days — the daily number of confirmed cases has risen by 1,600 since last weekend, authorities said.

The government so far has imposed COVID-19 passes for the health and social service workers, but not the general population. Interior Minister Davor Bozinovic on Saturday called on citizens to vaccinate — Croatia’s vaccination rate also stands at around 50%.

“Vaccination is seen globally as the best solution and we must all help those citizens who still have doubts to decide in favor of it,” he said.

Twitter and Square CEO Jack Dorsey says 'hyperinflation' will happen soon in the U.S. and the world When the Surges Just Keep Coming: A View From the Covid Vortex Dementia: The 54p ingredient that increases Alzheimer’s risk – tonnes are consumed in UK 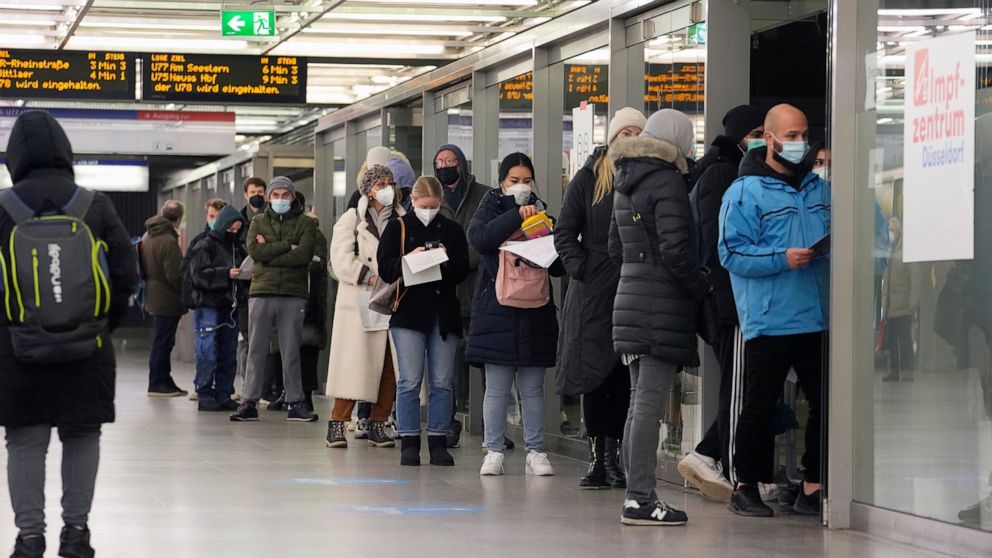