Jennifer Hudson has been blessed with some extraordinary mentors in life. Like many of us, the first was her mom, who always told her: “Jennifer, all you can do is the best you can do.” That guidance served Hudson well through the years, especially when she landed her Oscar-winning role of Effie in 2006’s “Dreamgirls.” “I remember when I was getting ready to shoot ‘Dreamgirls’ and record the ‘And I Am Telling You’ song, and I’m like, ‘What is left for me to do to this song?'” Hudson tells POPSUGAR. “My mom said, ‘All you can do is the best you can do.’ And something as simple as that. It’s been something to carry me throughout my life when I get in tough situations and can’t figure out things.”

As the EGOT-winning artist embarks on her latest role as host to her own daytime talk show, “The Jennifer Hudson Show,” she’s now rubbing shoulders with her mentors. Sheryl Lee Ralph, who originated the role of Deena in the 1981 Broadway production of “Dreamgirls,” appeared on the Sept. 20 episode of “The Jennifer Hudson Show” and performed just a bit of “Dreamgirls” with Hudson, which Hudson says left her “fanning out” and “having a moment.” “Sheryl Lee Ralph was a mentor to me, whether she knows it or not,” Hudson says about the surreal moment. “She’s the original Dreamgirl. So to be able to share that moment with her and have her on ‘Jennifer Hudson Show’ was, well, you guys got to witness it in real time!”

Ralph wasn’t the first original Dreamgirl Hudson has performed with, though. She performed with Jennifer Holliday, the original Effie, on multiple occasions following her turn as the character in the 2006 movie. “To be able to have another ‘Dreamgirl’ [mentor] was a dream.”

These days, Hudson is paying forward all the mentorship she’s received. She’s partnered with Mastercard for its Strivers Initiative, which provides Black women small-business owners one-on-one mentorship sessions with celebrity entrepreneurs like Hudson and experts in their fields, as well as grants to help their businesses thrive. “I love being a mentor . . . that’s the job of a mentor: to help steer somebody, be a reflection, be a support. I love that Mastercard is . . . giving women the support they need to pursue their goals and dreams. They even inspired me to say, ‘Wow, well, what more can I do to see myself as a businesswoman?’ I didn’t necessarily see it that way. But it’s like, yes, we have businesses . . . we have goals. And now we have support.” 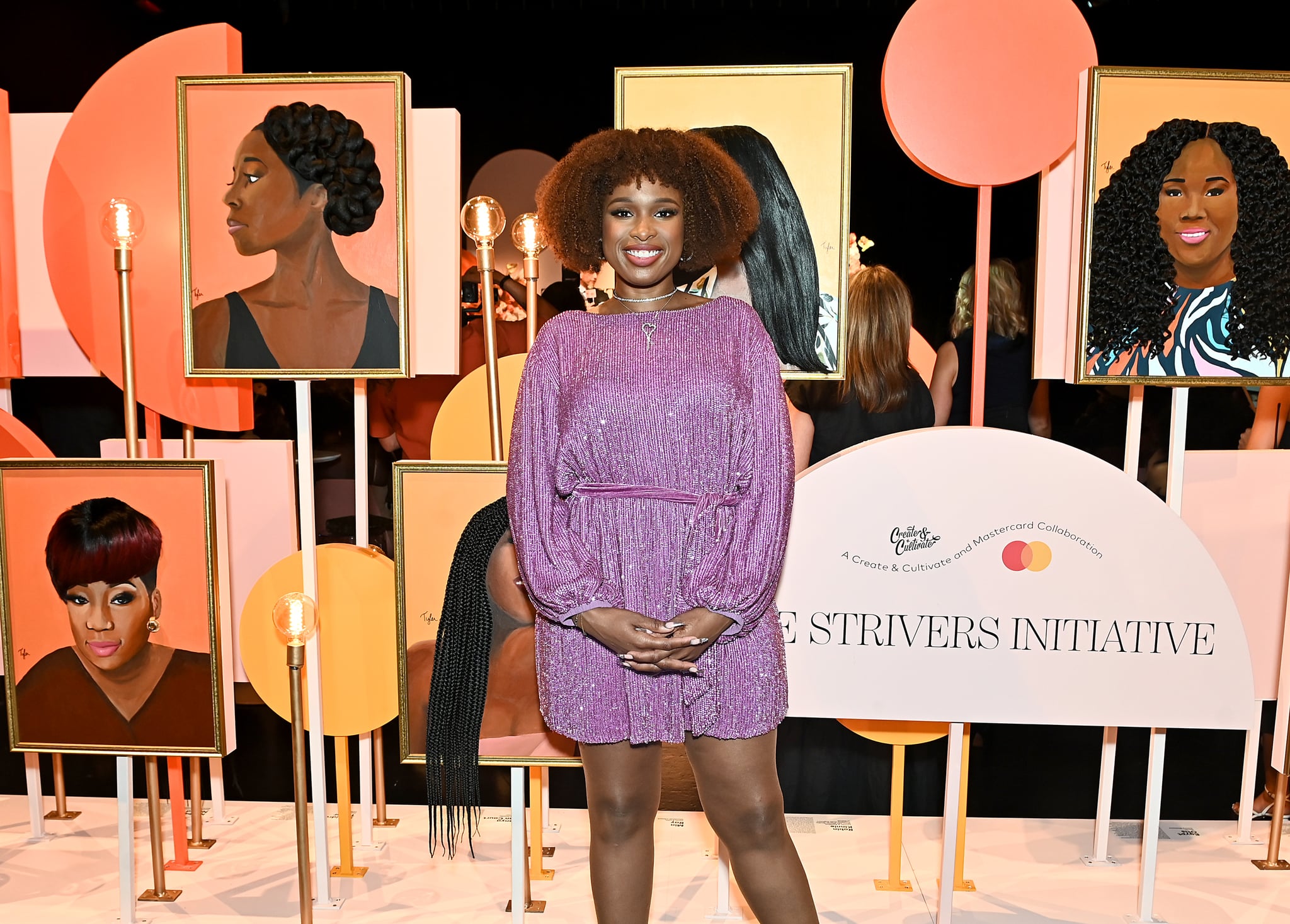 Her best advice for businesswomen? “Know what your goals are, and don’t settle . . . [Your business] is a representation of you. And it will be your legacy. Uphold it as such, and people will respect it in that way,” she says.

Hudson isn’t quite sure what her legacy will be, but at the very least, she wants to be remembered for leading with her heart. “I’m still living this life, so I’m busy doing it,” she says with a laugh. “I haven’t had much time to say, ‘Huh, what do I want my legacy to be?’ . . . I do want to look back at it as a mighty businesswoman that pursued her dreams and her goals and was fearless in doing so . . . but most of all, [that I] allowed my heart and passion to drive me to do it.”

You can watch Hudson lead with the heart on “The Jennifer Hudson Show,” which airs weekdays at 11 a.m. on Fox.