Slot machines, those ubiquitous devices that generate more revenue than any other games in the casino, are hotter than ever.

That doesn’t even count the slots at more than 2,000 restricted license locations — mostly convenience stores, bars and restaurants — that can have up to 15 machines per location.

What’s behind the explosive popularity of the machines that historically have been referred to as “one-armed bandits?”

Industry experts, including slot manufacturers, casino owners and analysts, agree that COVID-19 ultimately had a resulting positive impact on the gaming industry’s revenue growth spurt. Pent-up demand and more money in the pockets of consumers in the form of stimulus checks helped drive people to casinos once they reopened from the pandemic.

“There was a lack of entertainment options in some locations, and the gaming industry benefited from that,” said Todd Eilers, a principal with Eilers &Krejcik Gaming, an Irvine, California-based industry research company.

“There was an unprecedented amount of federal stimulus that really boosted consumer spending, and that obviously had an impact as well. When the market reopened, there were players that hadn’t been to casinos in a while, so you had pent-up demand and consumers with more money to spend. That’s what drove the higher-than-pre-COVID spend on slot machines.”

Eilers said the slot uptick wasn’t just a Nevada phenomenon. In U.S. and Canadian casinos in 2021, gross gaming revenue from slots was 13 percent higher than pre-COVID levels, to $108 billion.

“I believe it’s a combination of pandemic-related factors that is driving strong slots performance across the industry,” said Nick Khin, chief operating officer of global gaming for IGT, a London-based company with a major presence in Las Vegas.

“First, people who stayed away from casinos due to the pandemic really missed gaming, and now, with the majority of the population vaccinated or having had COVID, they feel much more comfortable returning. So yes, there was some level of pent-up demand,” he said.

“We must also remember that people significantly reduced spending during the height of the pandemic because of all the uncertainties, which was evidenced by higher savings rates. This means people have potentially given themselves more or higher entertainment budgets than maybe they previously were used to.”

“There is a combination of reasons for the increase in slot revenue,” he said. “Part of this is the continued resurgence of the industry post-pandemic, but it is also operators and suppliers responding to customers in the games available on the floor. There is definitely a shift over the last two years of where we thought we would be today.”

An aspect of that shift involves the presentation of the games themselves.

Slot machines’ improvements have continued to encourage players to sit down and pull the lever.

Marcus Prater, the former executive director of the Association of Gaming Equipment Manufacturers, who retired in February, said manufacturers’ investments in hardware have led to more attractive machines than five years ago.

Manufacturers, such as IGT, Aruze Gaming and Aristocrat, have created slot machines that tower over a player and include more screens and colorful graphics that immerse the user.

“If you walked into a casino in 2010 and didn’t come back until 2022, you would go ‘Holy cow, this looks totally different,’” Prater said. “The eye candy that is presented on the floor is so much different than it was years ago.”

Josh Swissman, founding partner of the Las Vegas-based Strategy Organization, said that earlier in his career he worked the front desk at a resort and he always remembers slot machines near his work station calling out for people to play the Wheel of Fortune slot.

“Manufacturers have worked hard on co-branding and third-party content deals,” Swissman said. “The most famous one is probably the ‘Wheel of Fortune’ deal. I think that does a lot to attract people to play those slot machines.

Big changes in a decade

“All you’ve got to do is walk on the casino floor and compare it to the casino floor of 10 years ago to see that these slot machines are amazing pieces of technology with all of these great curved screens, amazing lighting sequences and sounds,” Swissman said. “These manufacturers are masters of attracting the attention of the casino customer, including the casual casino customer.”

IGT’s Khin said Eilers &Krejcik has reported that Wheel of Fortune and Megabucks were named as the highest performing wide-area jackpot games in North America.

“As you know, we just celebrated 25 years with Wheel of Fortune,” he said, noting that the tried-and-true games seem to outperform many of the new ones.

At Circa, The D and Golden Gate, owner Derek Stevens said he has seen a significant increase in group-based games and stadium-style electronic table games.

One such example is Go Go Claw, a cranelike skill game that harks to the pizza shop arcades. Only instead of a teddy bear, winning players can cash out. Stevens said that though the game is effectively a slot machine, groups treat it like a social game because they can take turns playing and seeing who has the skilled hand.

“It’s the group and camaraderie games that really stand out to me at this point,” Stevens said. “Maybe this goes back to the pandemic as well because there’s so much desire for people to hang out and be together.”

The electronic table game gained popularity when COVID hit because many casinos required social distancing and people were reluctant to get too close to other people, even when they were wearing masks.

Electronic table games come in many forms. Some have live dealers with electronic betting terminals. Some are set up “stadium style” with dozens of terminals in place. Some have completely virtual dealers.

“There was a reluctance to live tables because of social distancing rules,” Eilers said. “In some cases, casinos embraced them because of rising costs to pay more dealers with rising salaries.”

One slot-machine type that hasn’t worked — and every source agrees — has been skill-based games.

“I do not believe skill-based games aimed at younger audiences have been part of the growth equation. The tried-and-true games remain the most popular,” IGT’s Khin said.

So how long can the hot-slot boom continue?

Most agree that while there’s still room for growth in the short term as the convention business and international travel return to pre-pandemic levels, most agree the slot boom isn’t a sustainable proposition.

Industry members warn that macroeconomics could cool the hot streak. A rapid economic recovery has swung from one extreme to the next, and now Americans are dealing with 40-year high inflation. In April, the consumer price index rose 8.3 percent compared with the index one year ago, with everything from food to fuel to furniture costing more.

“I have some concerns that have kicked up recently,” Stevens said. “Coming out of the pandemic, pent-up demand is great. But I am worried about the impact of inflation. Transportation costs have really jumped up, and what’s very, very important is the cost of flights (to Vegas) and that’s jumped up.”

Others are less worried. Vegas’ visitation is recovering well, even with the depressed international travel, Prater said, and as long as travelers have pocket money, there will be slot players.

“We always said we were recession-proof because people always have money for gambling, sex and booze,” he said. “I don’t think that’s true today. One, there’s so many casinos, and two, I think that there’s just so much uncertainty in today’s world, I think people are going to pull back and casinos are going to be one of the first things to go.”

Lombardo said he believes the casino resorts want to “return to the lifestyle they had prior to the pandemic, which was the convention business, the nightclub business, the big show business — where they can get the most money out of any one individual.”

But, he said, “when they start going down that road, the first guy that’s going to go is the low-end casino player by pricing them out of hotels, offering fewer deals and comps.”

For now, though, there is cautious optimism.

“Both on the supplier side and the operator side, a lot of things can change on very short notice. And that affects everybody,” said Daron Dorsey, Prater’s successor as executive director of AGEM.

“The manufacturers and suppliers seeing their customers (casino operators) continue to get healthy and recover from a really difficult 18 to 24 months is something that everybody’s happy about,” Dorsey said.

Prater said the slot machine has been a big part of the rebound.

“As long as the money is there for discretionary money, it’s totally sustainable,” Prater said. “Slots have always been there, they’re 120 years old. It’s one of the more fascinating entertainment devices that we’ve ever had as a society.”

Sukihana Loses Her Tooth After Her Performance In Oakland (Video) 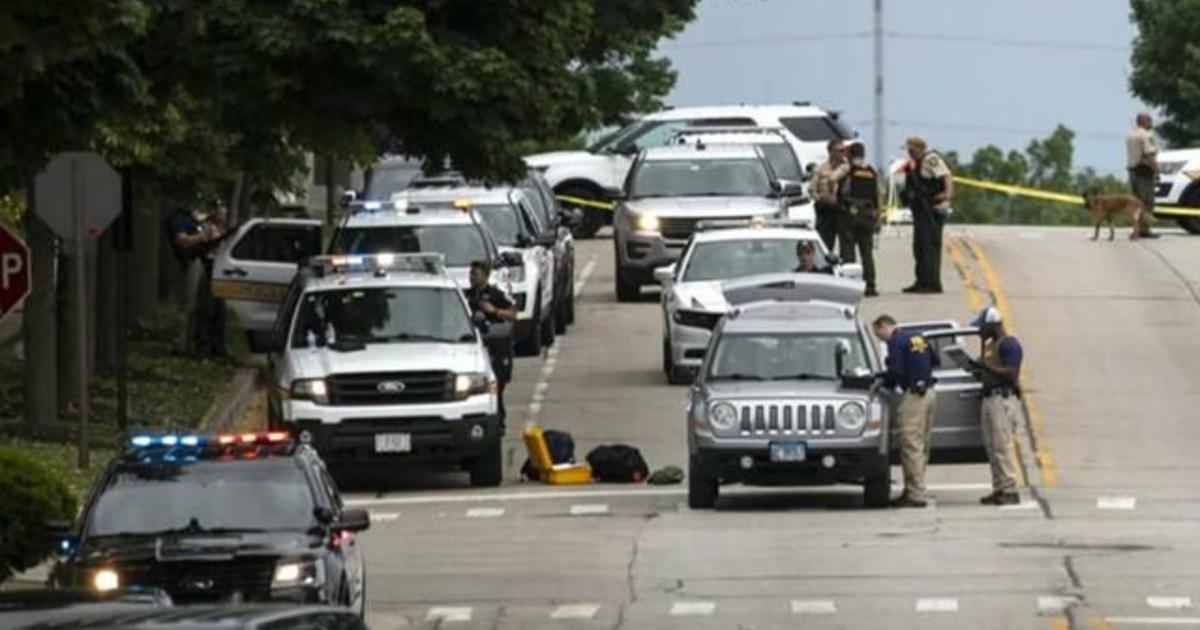 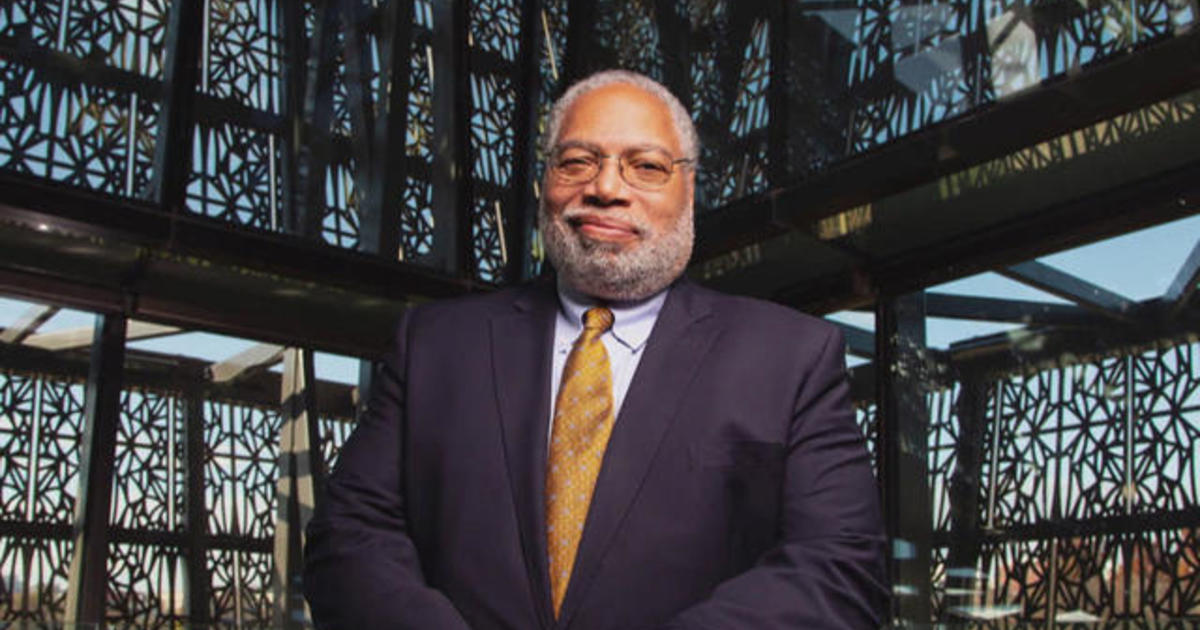