The UK government said on Sunday it was urgently looking to “close” gaps in security for parliamentarians, with measures such as police protection during constituent meetings under consideration following the killing of Conservative MP Sir David Amess.

Priti Patel, the home secretary, stressed that Sir Lindsay Hoyle, Speaker of the House of Commons, together with the government and police forces, would “do absolutely everything” to ensure the safety of elected officials and councillors and “safeguard” democratic processes.

“MPs have already been contacted by their local police forces,” she told Sky News. “This isn’t a case of, let’s wait for two, three, four weeks. These are immediate changes and measures that are actively being put in place and discussed.”

A “whole spectrum” of measures were being explored, the home secretary said, including police protection for MPs during face-to-face surgeries with constituents.

“The Speaker has already put in a range of measures post-Friday . . . within that there are other options that are being considered, such as when you hold your surgeries could you have officers or some kind of protection,” she said.

Patel also did not rule out the use of initiatives such as airport-style security during constituency meetings. “That would be with the police and the House authorities. There are lots of things under consideration already,” she added.

Over the weekend, Whitehall officials named the suspect arrested for Amess’ killing as Ali Harbi Ali, a 25-year-old British man of Somali heritage.

Ali, who was arrested under section 41 of the Terrorism Act 2000, can be held in custody until October 22 after detectives were issued with a warrant of further detention by Westminster Magistrates’ Court.

Ali had previously been referred to the Home Office’s Prevent deradicalisation scheme, officials said, but participation is voluntary and the extent of his engagement with the programme is not known. One government official confirmed he had never been a formal subject of interest to MI5, the UK’s domestic security service.

MI5 officers are supporting the police investigation, which is seeking to establish any potential links Ali may have had with Islamist extremists.

The suspect’s father, Harbi Ali Kullane, told the Sunday Times that he had been left “traumatised” by events, adding: “It’s not something that I expected or even dreamt of.”

Amess, the Tory MP for Southend West in Essex, was stabbed on Friday during a constituency meeting at the Belfairs Methodist Church in Leigh-on-Sea. He died at the scene. He had served as an MP for 38 years and had represented his Essex seat since 1997.

The Metropolitan Police on Saturday formally declared the attack a terrorist incident and said that the investigation would be led by the its counter-terrorism command unit.

Former prime minister Gordon Brown was among those who expressed their condolences to the family of the late MP and called for strengthened security for parliamentarians. However, he argued against taking drastic measures to reduce interaction between elected officials and the public.

“This is an attack on our democracy, so the answer cannot be less democracy,” he told Sky News.

Meanwhile, Patel, who argued that MPs had increasingly been subject to “cruel” and “relentless” online attacks, said the government was considering changing the rules surrounding anonymity on social media.

“I want us to look at everything and there is work taking place already” she said. “But we can’t carry on like this. I spend too much time with communities who have been under attack, who’ve had all sorts of postings put online and it’s a struggle to get those postings taken down. We want to make some big changes on that.”

However, Labour’s shadow foreign secretary, Lisa Nandy, argued that any changes to rules on anonymity would need to be carefully considered.

“We’re a bit cautious about simply ending anonymity on social media,” she said, speaking on the BBC’s The Andrew Marr Show. “I work with a lot of people, whether it is the women of Belarus, or the pro-democracy campaigners in Hong Kong, whistleblowers as well — people for whom anonymity on social media can be life-saving. So the trick is to get the right balance.” 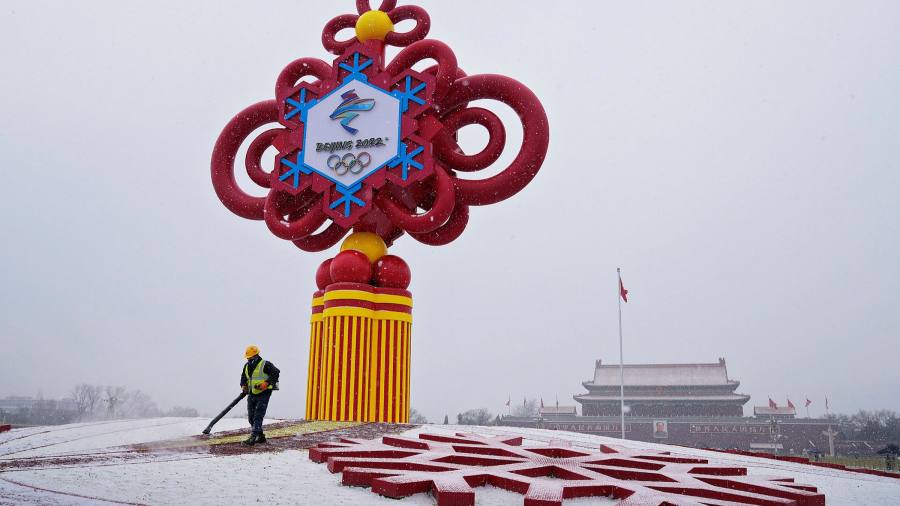