The EU has vowed to expand existing punitive measures against Russia in case of “further aggression” towards Ukraine, as Joe Biden began a video call with Vladimir Putin to deter the Russian president from undertaking a military assault on the country.

Ursula von der Leyen, the EU commission chief, told EU ambassadors on Tuesday the bloc would “respond appropriately to any further aggressions . . . taken against us or our neighbours including Ukraine” and would take “additional restrictive measures” beyond economic sanctions in case of an invasion.

“We would rather engage constructively with Moscow,” she said. “But it depends on them. And currently it’s Russia’s deliberate choices and aggressive actions that continue to destabilise security in Europe.”

Biden hosted consultations with the leaders of France, Germany, Italy and the UK to align their positions on the eve of the call with Putin. The US president is expected to detail measures that would inflict “severe” damage to Russia’s economy if the country invades Ukraine.

EU sanctions being discussed would focus on measures targeting Russia’s economy and financial system, western diplomats told the Financial Times. European officials say the US is pushing for measures designed to hinder the ability of Russia to convert roubles into dollars and hit the economic interests of Russian oligarchs.

Western officials briefed on the thinking in Washington said that the restrictions on rouble conversion into western currencies would make Russian oil sales “much more difficult”. They say that sanctions would “clearly go much further” than western reprisals after Russia’s annexation of Crimea in 2014.

The US believes Putin is assembling the troops, equipment and disinformation campaign necessary for military escalation early next year, but is unclear whether the Russian leader has yet taken the decision to do so.

A renewed invasion would reactivate a slow-burning conflict in Donbas, an eastern Ukrainian region on the Russian border, that has claimed more than 14,000 lives since it began in 2014.

Biden will also address strategic stability, cyber attacks and Iran’s nuclear programme during the call with Putin, which the Kremlin said it expected to be “quite long”.

A senior Biden administration official said on Monday that Washington believed “we have a path forward that would involve substantial economic countermeasures by both the Europeans and the US that would impose significant and severe economic harm on the Russian economy, should they choose to proceed”.

US intelligence on Russia’s military preparations shared with European states in recent weeks had “created a sense of urgency” around new sanctions, the senior EU official added.

Russia annexed the Crimean peninsula in 2014 following a pro-western uprising in Kyiv. Since then the Kremlin has supported separatist forces in the Donbas region, though it denies any direct involvement in the conflict.

The Minsk agreements, a 2015 Franco-German peace deal that froze the major phase of the hostilities, have stalled over Russia and Ukraine’s refusal to enforce various parts of the treaty. Moscow has said it sees no point in negotiating with Ukraine, which it describes as a western puppet state run by the US.

Kremlin officials have denied an intention to invade Ukraine and said Moscow merely seeks to dissuade supporters in Ukraine’s government and armed forces of a military operation to reclaim territory now controlled by separatists in Donbas.

Meanwhile Putin has demanded legally binding security guarantees from the west about Russia’s “red lines,” which he described as commitments that Nato would not admit Ukraine to the bloc or deploy troops and weaponry in the country.

Following Moscow’s annexation of Crimea, the US and EU slapped travel bans and asset freezes on Russian government and security officials, and others close to Putin who may have influenced the decision.

The US soon added a ban on transactions with some Russian companies and their executives. Western countries also banned energy and infrastructure-related lending and investment for projects in Crimea or to entities linked to the annexed peninsula. 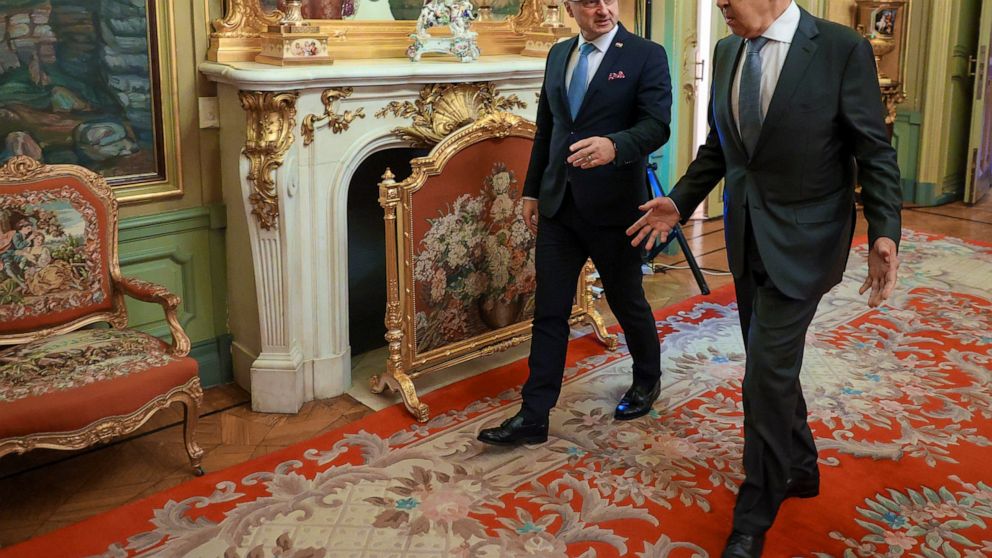