The United Auto Workers (UAW) union on Friday called on the Biden administration not to award any subsidies, loans or other taxpayer support until Hyundai Motor agrees to address workplace issues.

The UAW said Friday Hyundai’s decisions to sever ties with some suppliers “will likely result in job losses for hundreds of workers, without doing anything to address what appears to be a systemic problem.” The union called on Hyundai to instead “improve working conditions for the U.S. workers who make Hyundai vehicles.”

Hyundai said it “does not tolerate illegal employment practices in any Hyundai entity. Our investigation remains ongoing, and we are working with authorities in their inquiry of this matter.”

Hyundai Motor Group on Tuesday plans to break ground on its $5.5 billion electric vehicle (EV) and battery manufacturing facilities in Georgia — and Biden administration officials are expected to attend.

The automaker is expected to begin commercial production in the first half of 2025 with an annual capacity of 300,000 EV units.

Hyundai is lobbying the Biden administration to revise a law approved in August that immediately barred electric vehicles outside North America from receiving $7,500 consumer tax credits. That made all Hyundai EVs currently for sale in the United States ineligible.

The law includes tens of billions of dollars in new loan, tax credit and grant programs for automakers to build cleaner vehicles.

The UAW has previously sparred with Hyundai and unsuccessfully sought to organize workers at its Alabama plant and at other foreign-owned auto plants. 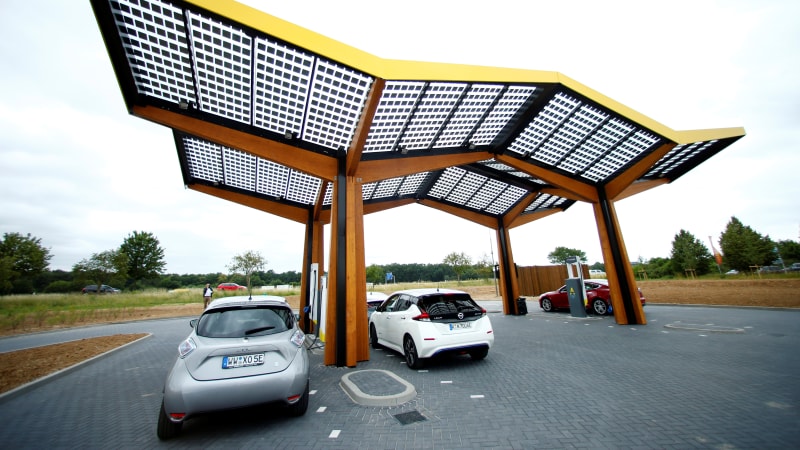