German immigrant Peter Studebaker sold his first American-made vehicle in 1740, and his descendants assembled a wagon-building empire that put horse-powered Studebakers on every road in the country. Studebaker entered the car business in 1902, with the South Bend-built Studebaker Electric, prospered through World War II and shortly thereafter, then ran into trouble when the Detroit Big Three squeezed smaller manufacturers harder with each passing year. By 1956, Studebaker was in crisis, its money problems not solved by a merger with Packard… and that’s the model year in which the new Hawk line was introduced. Today’s Junkyard Find is an example of the first-year Silver Hawk, found in a Denver self-service yard a couple of months back.

For 1956, Studebaker offered the mighty Packard-engined Golden Hawk and three lesser birds: the Sky Hawk, Power Hawk and Flight Hawk. The following year, the Golden Hawk— now with a supercharged Studebaker V8— remained and the other three had been replaced by a new Silver Hawk two-door. 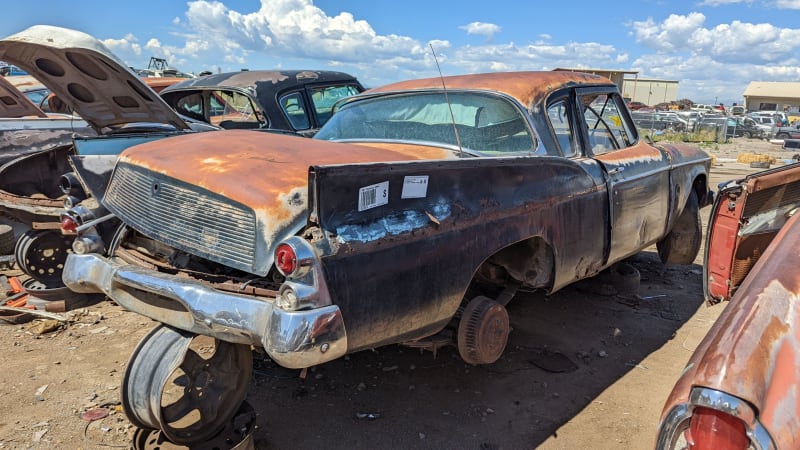 Tail fins were big in 1957 America, and the Silver Hawk got serious ones. Sure, this body wasn’t nearly as slippery on the Salt Flats as its predecessor, but most car shoppers weren’t looking for real-world top speed. The 1957 Silver Hawk was available as a pillared coupe or a true hardtop; this one is the former type. 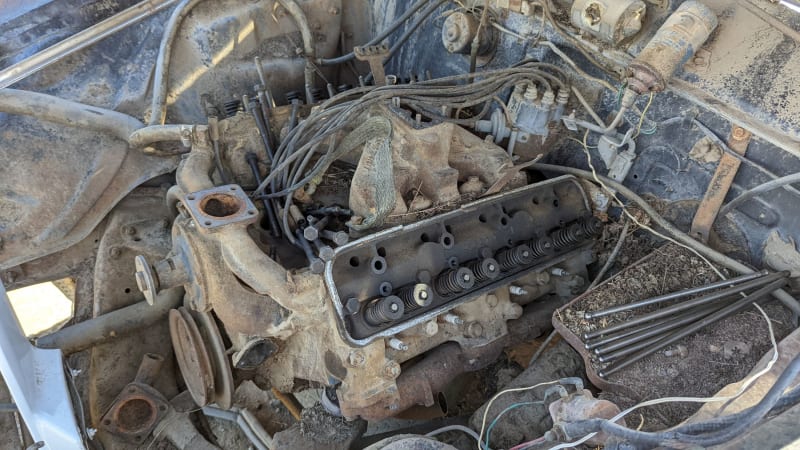 The cheapest Silver Hawk could be had with a 185-cubic-inch (3.0-liter) straight-six, but most had V8 power. Two displacements of Studebaker V8 were available in 1957: a 259 (4.2-liter) and 289 (4.7-liter), with the 289 causing confusion with parts-counter employees from the moment the first Ford 289s appeared in 1963. All the build tags have been removed from this car, and I didn’t note any block casting numbers, so it could be either displacement (or an earlier 224 or 233 that got swapped in). 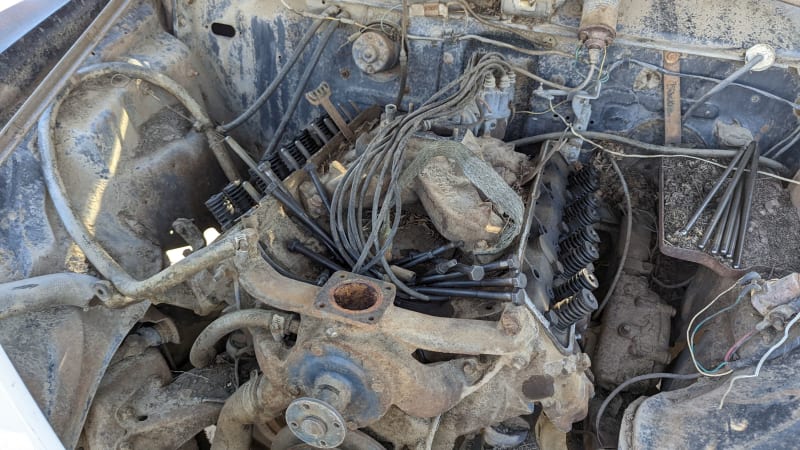 These engines had small valves and it was tough to get real power out of them without forced induction. In 1957, the Silver Hawk’s 259 made 180 horsepower while the 289 had 225 horses. 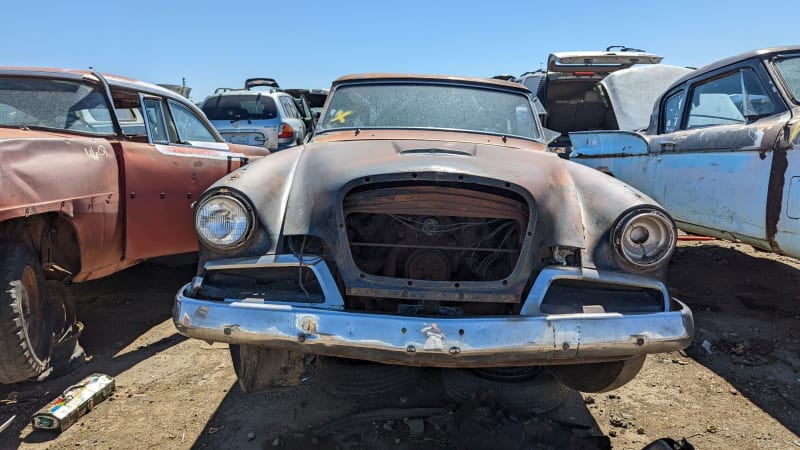 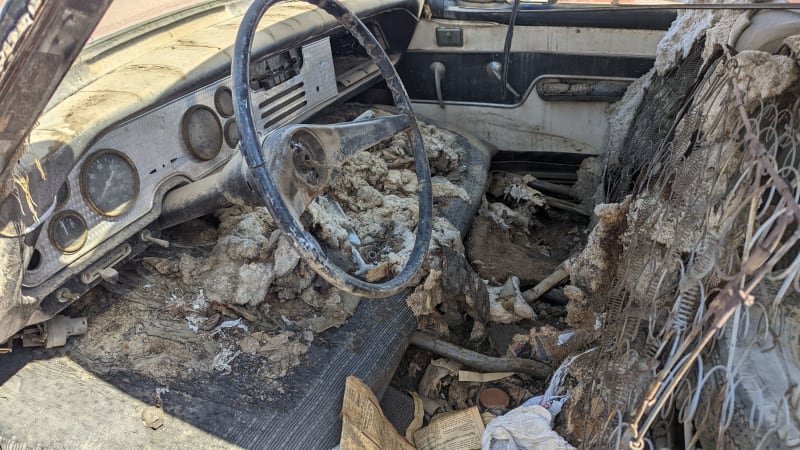 How did such a rare and beautiful machine end up in a place like this? Well, nice Silver Hawks are worth respectable but not crazy money these days, and this one is far from nice. 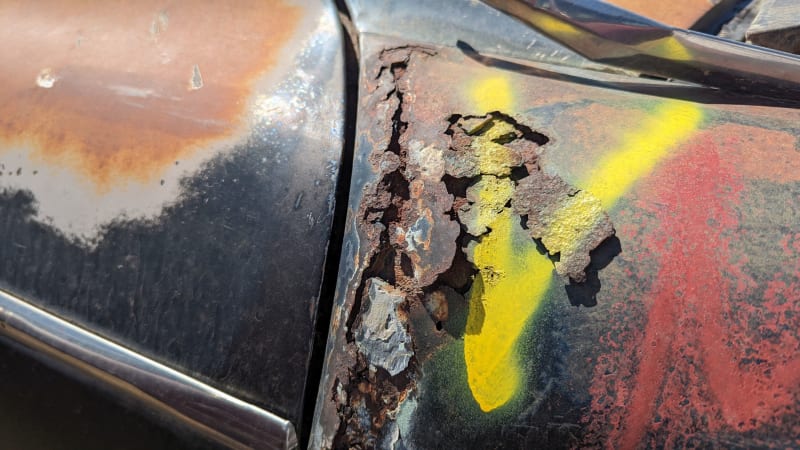 It sat outdoors for decades, and the elements were not kind to the interior and body. 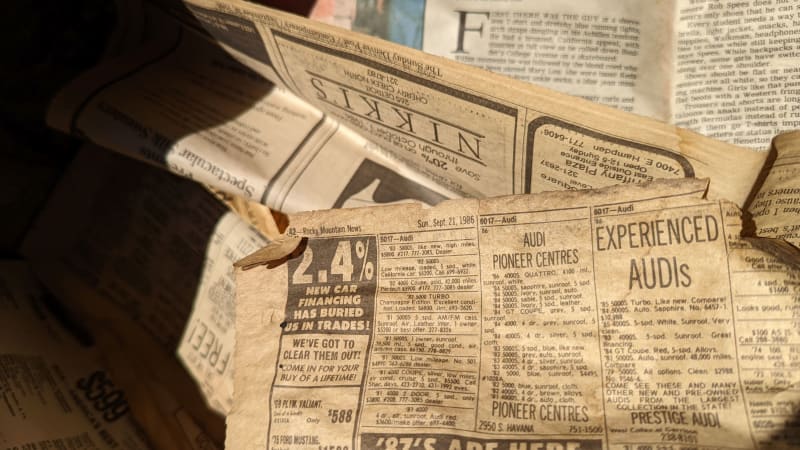 How long? The yellowed newspapers in the trunk date back to the fall of 1986, when five-year-old Audi 5000s sold for five grand. 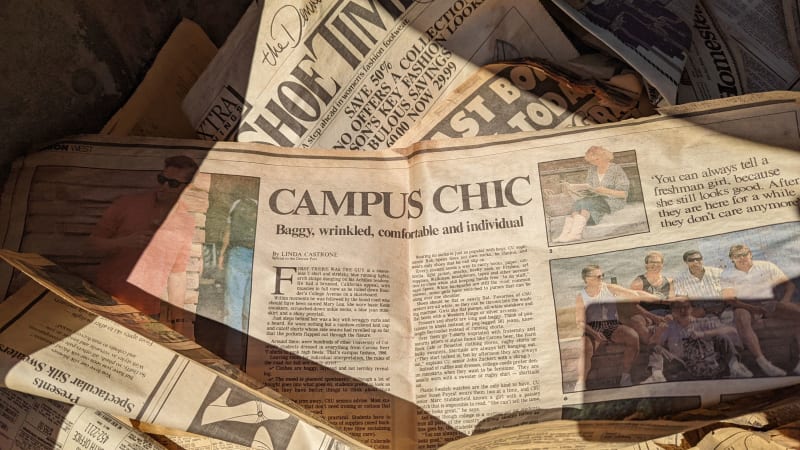 The kids were going to hell in 1986, fashion-wise, according to the Denver Post. 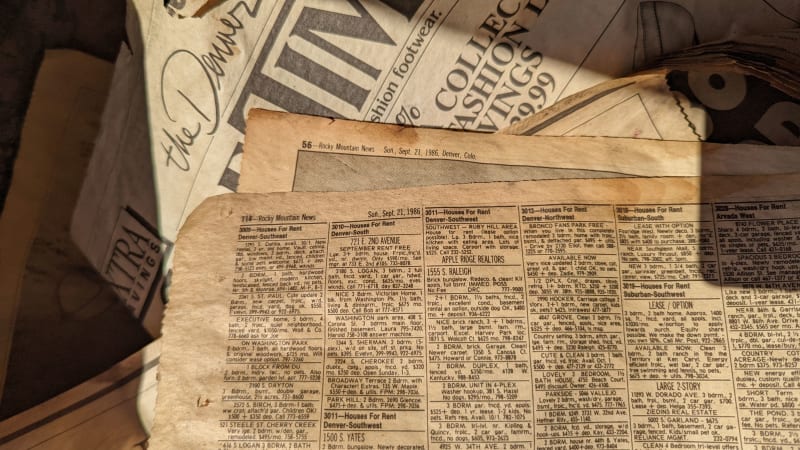 Housing was cheap, though! Some of those ritzy-in-2022 neighborhoods were pretty rough back then, however. 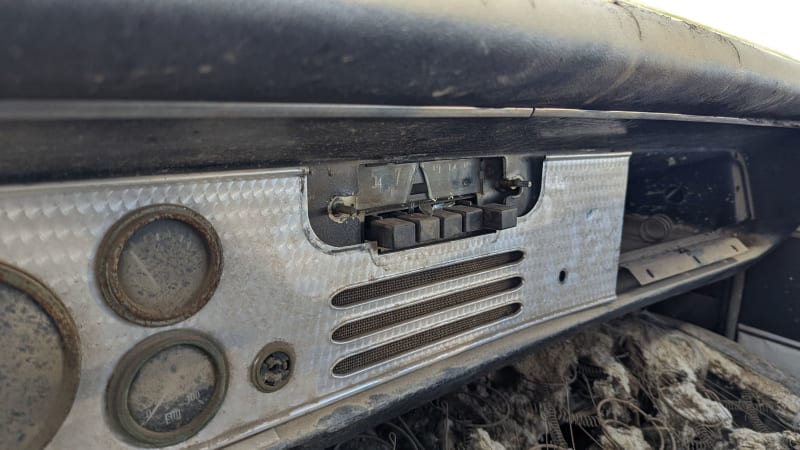 You can just make out the nuclear-attack-warning CONELRAD indicators on the factory AM radio. 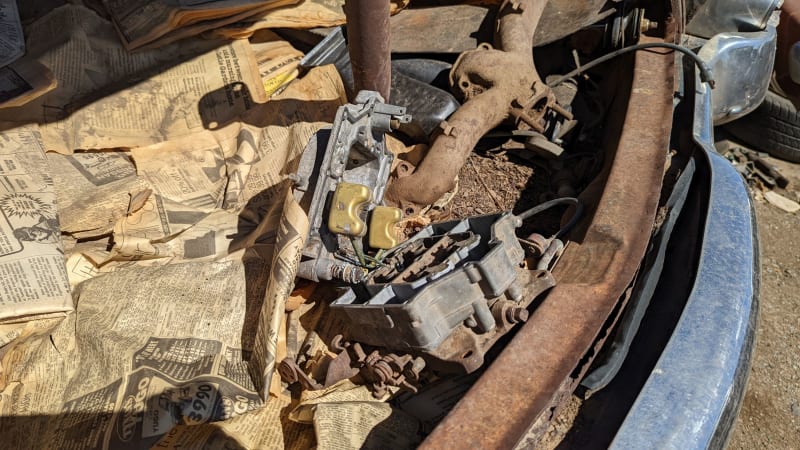 Studebaker managed to hang on until 1966, when the final Canadian-built cars rolled off the line in Hamilton, Ontario. The last US-built Studebakers were 1964 models, though various entrepreneurs built Avantis since that time. 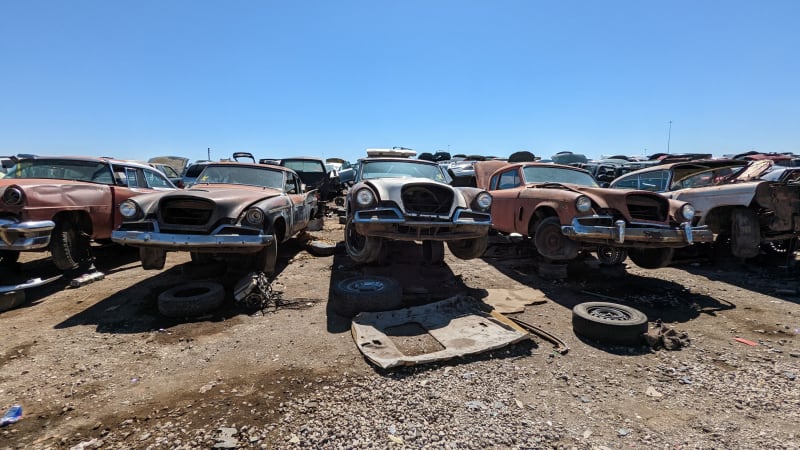 It appears that someone with several moldering Studebakers finally cleared out the field or driveway, and the much-faded cars ended up here as parts donors. The Silver Hawk was the most complete, so that’s the one I documented. We saw that 1955 Mercury Monterey on the far left, back in July.

Craftsmanship makes the difference in the low-priced field!

Proposal to house homeless in Boyle Heights Sears building is scaled back from 10,000 to 2,500 beds