The goal is to alleviate bottlenecks that have idled U.S. car production and caused shortages of consumer electronics and to identify possible hoarding, she said in an interview.

Her team for months has sought clarity into how companies allocate their semiconductor supply. But previous meetings that convened firms from different industrial sectors haven’t led to increased transparency, and many companies have refused to hand over business data to the government.

The Commerce Department is now asking companies to fill out questionnaires within 45 days providing supply chain information. The request is voluntary but Raimondo said she warned industry representatives that she might invoke the Defense Production Act or other tools to force their hands if they don’t respond.

“What I told them is, ‘I don’t want to have to do anything compulsory but if they don’t comply, then they’ll leave me no choice,’” she said. “I said today we’re evaluating all of our options right now, all the tools. I hope not to go there but we need to see some progress and we definitely need compliance.” 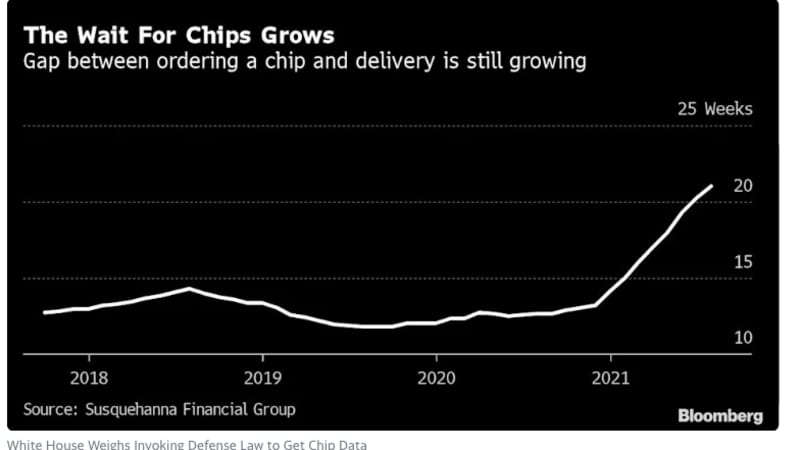 The production act gives the president broad authority to direct industrial production in crises. The Trump and Biden administrations each invoked it to hasten the production and distribution of coronavirus vaccines and other pandemic-related medical supplies.

It isn’t clear precisely how Raimondo might use the law to obtain information from semiconductor manufacturers or their customers, and she didn’t name any specific companies.

A global shortage of chips that power everything from laptops to automobiles has continued to affect production in many industries, and finding medium- and long-term solutions has been a priority since President Joe Biden took office.

U.S. officials have repeatedly emphasized that the private sector must step up and provide more transparency if the government is to successfully address the shortage.

The information request — and potential enforcement through DPA or other means — is necessary because there’s a lack of trust among companies in the supply chain, she said.

“There’s allegations of certain consuming companies buying two or three times what they need and stockpiling,” Raimondo said. “So suppliers say, ‘We can’t get a handle on an accurate demand signal because consumers are stockpiling, so we don’t know what the accurate demand is.’ Some consumers are saying ‘We can’t get straight answers from suppliers, how come I was told I could have X and now I’m being told I can only have half of X?’”

Forcing companies to reveal details of their stockpiles would be of interest to investors. One of the biggest concerns about the industry’s massive run-up in revenue and earnings is that chip users are panic buying more than they need and that the resulting accumulation of unused inventory will cause a crash.

The issues facing the supply chain now largely center around the spread of the coronavirus delta variant in Southeast Asian countries like Malaysia and Vietnam, where semiconductor plants had to shut down because of outbreaks and are now operating at reduced capacity.

The Commerce and State Departments, along with embassies, will also set up an early alert system to ensure that virus-related disruptions in production can be addressed faster. The more formal process to react to such shutdowns replaces ad-hoc responses that have occurred over the last six months, a U.S. official said, asking not to be identified discussing private deliberations.

Smoke may dissipate from Las Vegas sky as Friday progresses 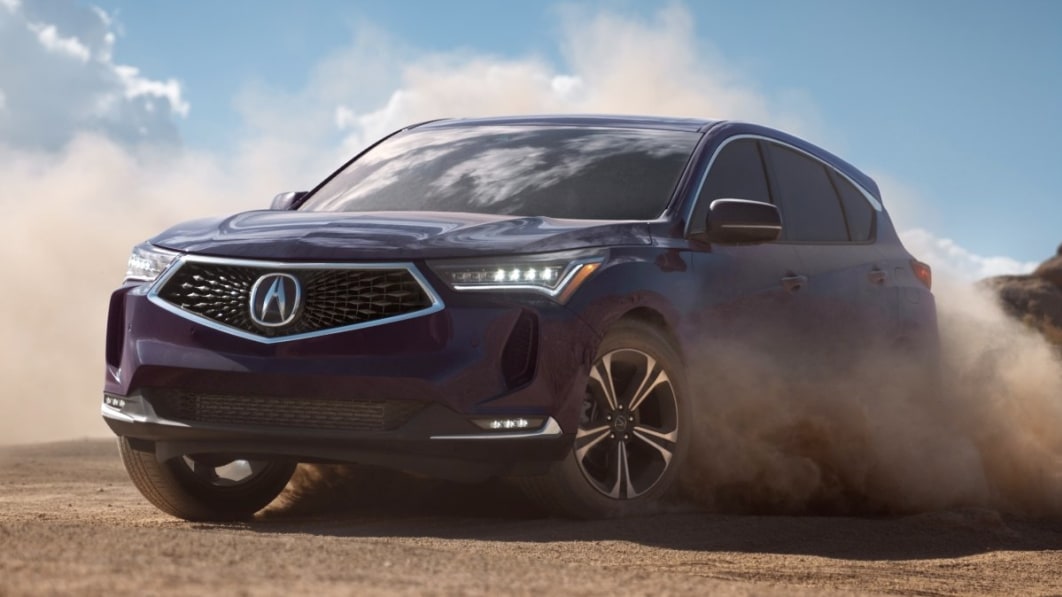 Maserati delays launch of Grecale SUV due to chip shortage