Autoblog may receive a share from purchases made via links on this page. Pricing and availability are subject to change.

In what feels like a cruel joke, the Farmers’ Almanac is once again predicting “record-breaking cold temperatures” and heavy snow for much of the country through the upcoming winter. If you missed it, consider this your warning. It’s better to start preparing right now, rather than waiting until it’s too late after the onslaught has already started. Of course, the No. 1 thing you’ll need for a large snowfall from a driver’s perspective is an ice scraper. While it’s true that, in general, any old ice scraper is probably all you’ll need, there are many different types, with pros and cons to each. If you still haven’t picked up a snow brush yet this year, hopefully this list of some of our favorite ice scrapers on Amazon can help you narrow down your choices and prepare yourself for the coming winter.

This Snow Joe Edge Ice Scraper is the most basic option on our list, but it’s also the easiest on the wallet. The edge features a brass blade to remove snow and ice from your windshield and windows, it’s lightweight and it has an easy grip handle to make maneuverability easy even while wearing gloves. It has over 3,000 Amazon ratings with a 4.2 out of 5 review score. This may not be the most feature-rich option out there, but you absolutely can’t beat the price. Check it out here. 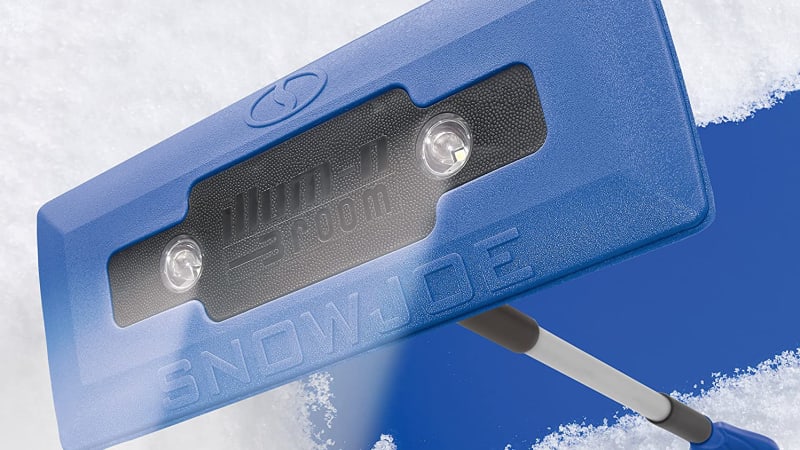 The Snow Joe Snow Broom is a little more expensive than its smaller sibling above, but it’s maybe an even better value, especially at its current 40% off price. It’s unique in that it basically has the design of a Swiffer Sweeper. There’s probably a reason that Snow Joe decided to call it a “snow broom.” It has a telescoping handle and can extend all the way to 49″ in length. Perhaps the most interesting feature of this scraper is that is comes with two LED “headlights” to make scraping easier in the dark. The product has nearly 13,000 ratings on Amazon and a cumulative review score of 4.5 out of 5. Want to learn more about the Snow Joe Snow Broom? You can do that right here. 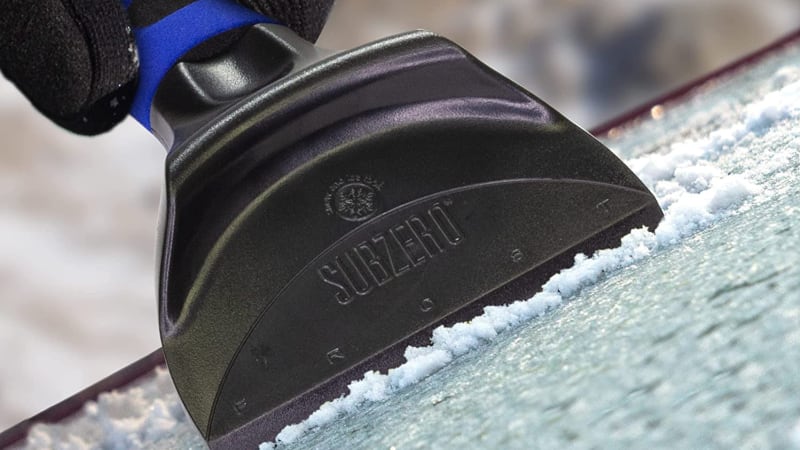 The Subzero ice scraper is a lot like the Snow Joe Edge scraper above, but in addition to its main 4.5″ scraping blade, it also features an “ice chipper” on the opposite end to help with the really thick stuff. Despite that, it’s still extremely compact at only 11″ long and of course, like many others, it has a soft foam grip for ease of use. This one has an overall score of 4.6 out of 5 stars, based on 4,700 ratings on Amazon. Does this look like the compact snow scraper of your dreams? If so, you can learn more about it here, and for a limited time, you can pick one up for nearly half off. 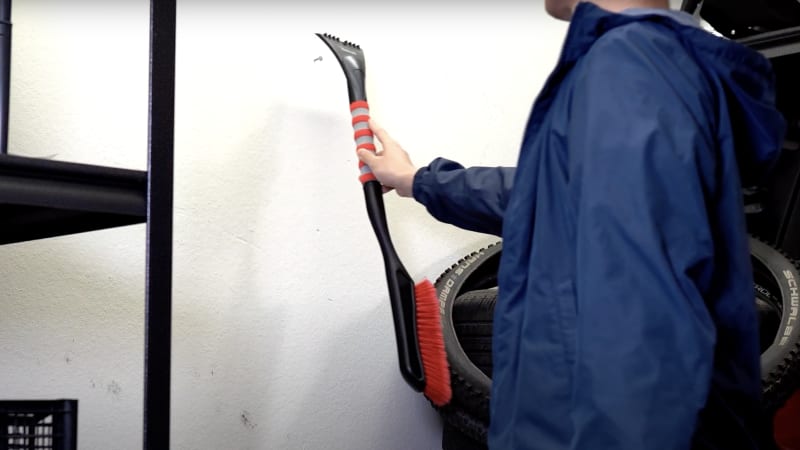 Next up, we have the best-selling ice scraper on Amazon; the AstroAI scraper. This scraper is a solid all-arounder, featuring what most people would probably consider to be a “standard” look for the tool. It’s 27″ long, with the brush head taking up 7″ of that. The manufacturer information page makes the claim that this snow scraper can withstand temperatures as low as -40°F, but hopefully you’ll never have to test that out for yourself. It has a whopping 20,900 ratings on Amazon and is sitting at a total cumulative score of 4.6 out of 5 stars. Want to check out the best-seller? You can do that here, and pick one up for 22% off. 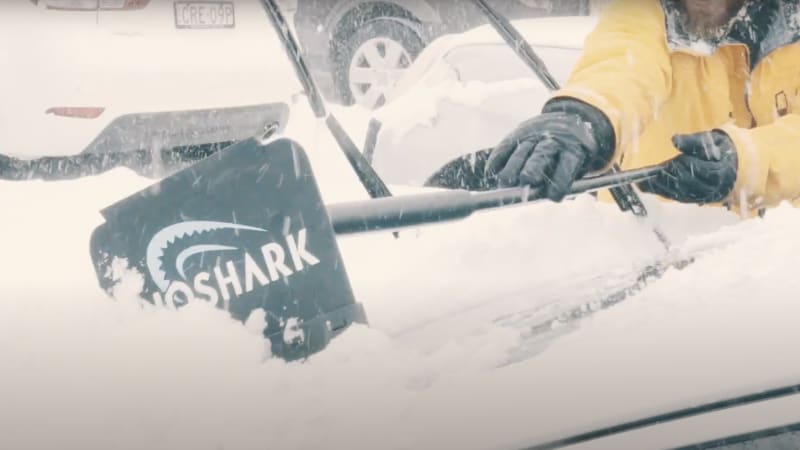 Last but not least, we have the SnoShark snow removal brush. This tool extends up to 39″ long or can be compacted down to just 20″. It’s lightweight at just under 2 lbs and its main feature is a “non-abrasive, super-strong nylon paddle” with an additional anti-freeze additive to help it withstand the cold. It has 2 locking positions making it easy to swipe snow away whether you’re driving a Smart Car or an F-150. The SnoShark even comes with a free storage bag so help keep the inside of your car clean after you’ve just used the tool. Autoblog has even reviewed the SnoShark and loved it, you can check it out below, or head to the page and learn more about the snow brush right here.

The surprising evolutionary history of pumpkins and squashes