NASHVILLE, Tenn. — Let’s say you write a screenplay and get an agent, manager or producer to read it. If they like your script, the first question they’ll ask you is, “What else do you have?” Movie execs prefer to invest in someone they know has more than one good idea.

If the 2023 Nissan Ariya were the script and I was the producer, the first question to Nissan would be, “What else do you have?” I spent a workday behind the wheel of the new battery-electric crossover, and quite enjoyed my first read. Here’s to hoping Nissan’s coming EVs are as good or better.

So much of the good vibe comes from the interior. After expressing a difference of opinion with colleague James Riswick about the Volkswagen ID.4’s infotainment system, I agree with all Riswick had to say about the Ariya cabin, summed up as “fashionable and futuristic while still being functional.” Uncluttered yet inviting. Gorgeous displays with heaps of configurability. Features that are served best by buttons and a knob get buttons and a knob. Excellent material choices, save for one item I’ll get to in a moment. And, huzzah, a real live sunroof that opens with a simple toggle switch. 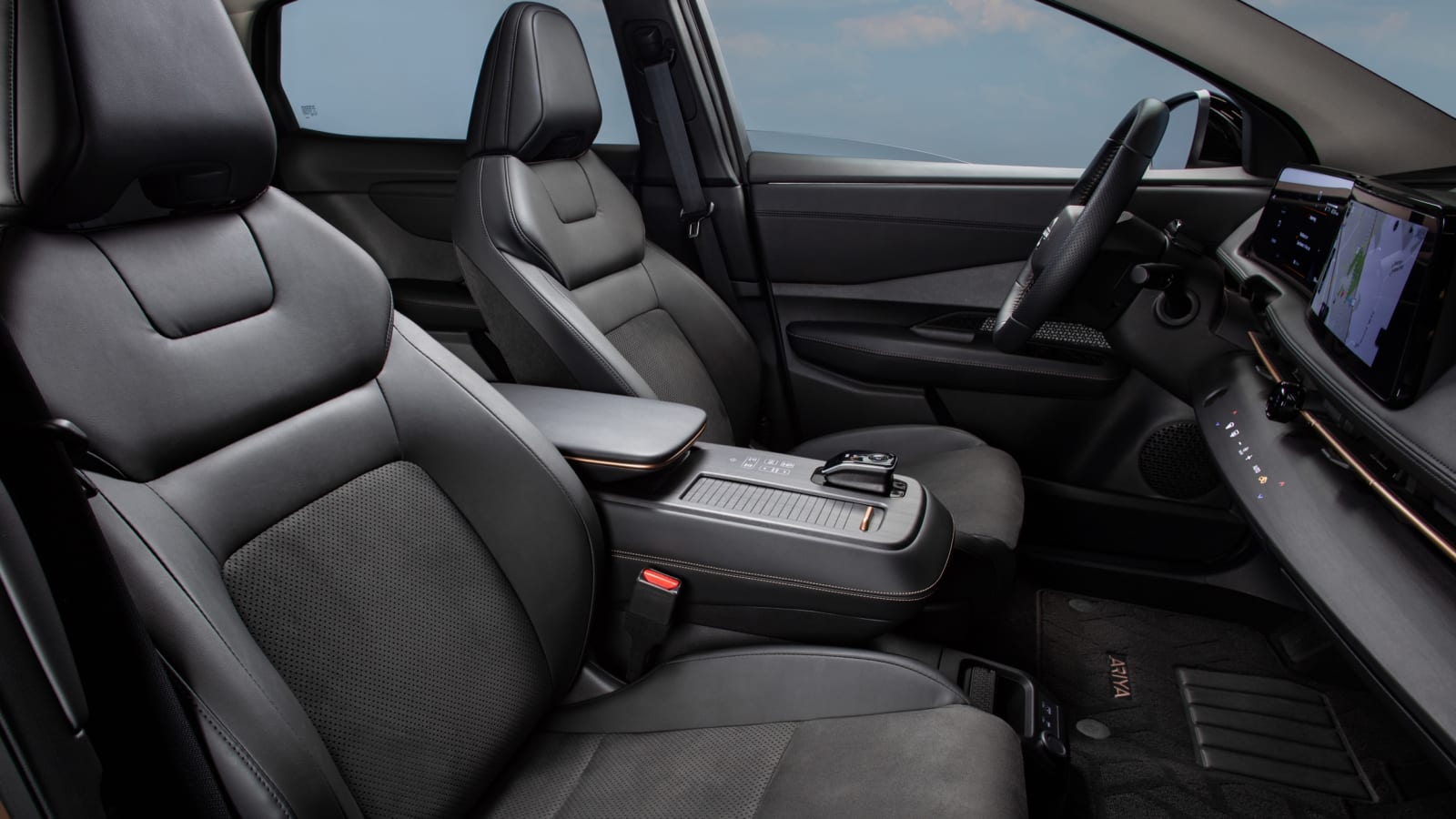 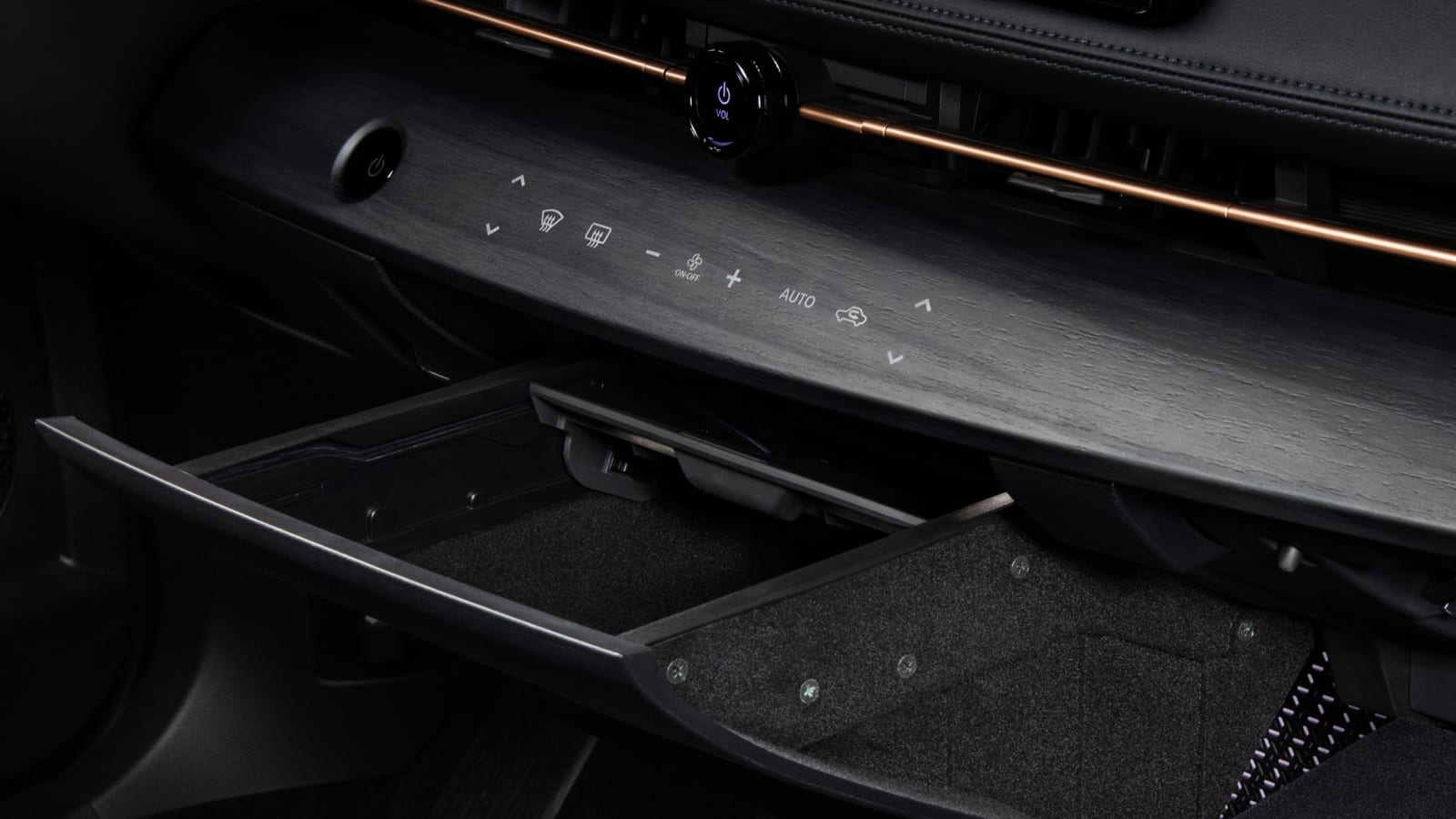 There’s plenty of room for people, and there’s plenty of room for the notions and trifles people carry, although not in the usual places. The sliding console between the seats doesn’t house the capacious bin we’ve begun to expect in EVs. The only item under the armrest is a slim dock for the wireless charging pad. The cubbies live under the instrument panel — a manually retractable pocket-slash-tiny-table under the HVAC controls, a glove compartment in the usual location. A note on that sliding console: It moves about 5 inches fore and aft, but it’s not a disappearing console, so the room gained by occupants in the front seats is subtracted for occupants in the rear seats. The area forward of it is also open, not unlike an old-school van or BMW i3, meaning that only items too heavy or weirdly shaped to roll into the driver’s area can be put on the floor. Some may prefer an enclosed bin like what you’ll find in a Kia EV6, even as an accessory.

That one questionable materials decision mentioned above concerns the crosshatch motif inspired by Japanese Kumiko lanterns placed throughout the cabin, including on the doors, the speaker grilles and a rectangular panel under the dash (it’s the thing that looks like a cold air return in the below right photo). When dark outside, a soft glowing light comes through the pattern and as shown in the below right photo, is a nice touch. When light outside, however, the plastic pieces look like a low-res imitation of wicker. That’s less nice. At least the pattern carpet looks modern and expensive regardless of the time of day.

Rumor alleges the Ariya was meant to be an Infiniti. As a Nissan, however, it makes a superb reset for what the brand can do after previous leadership starved it of vision, attention and resources for so long. The Ariya’s quarters are premium enough to suit the elevated expectations and MSRP of an electric vehicle, still leaving plenty of room for an Infiniti variant to express genuine luxury. 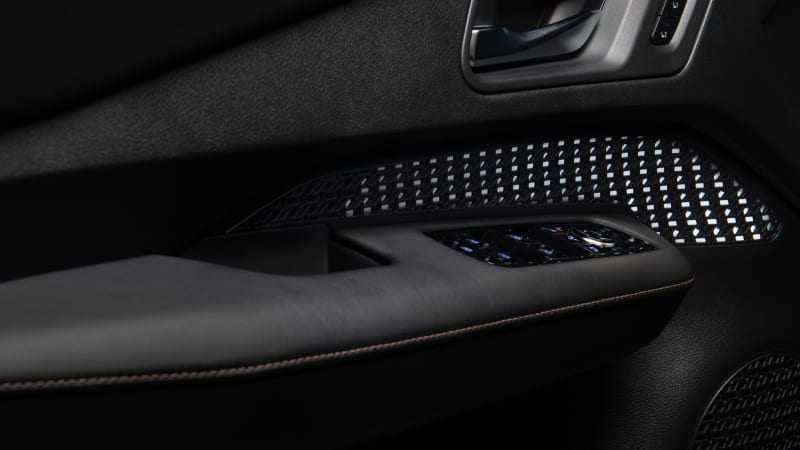 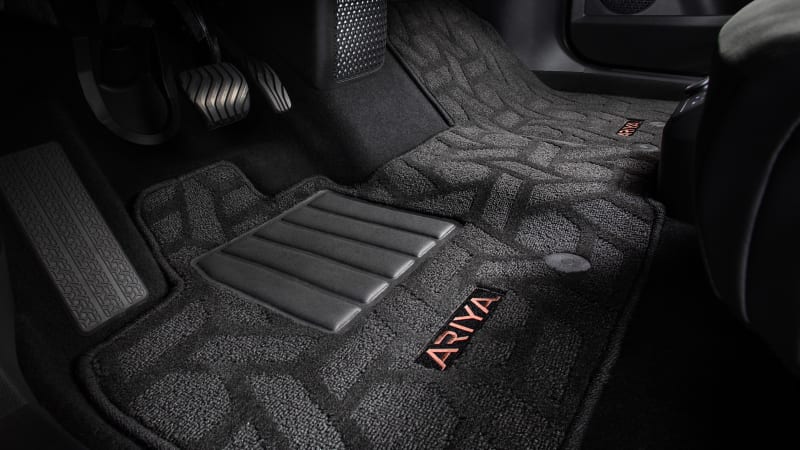 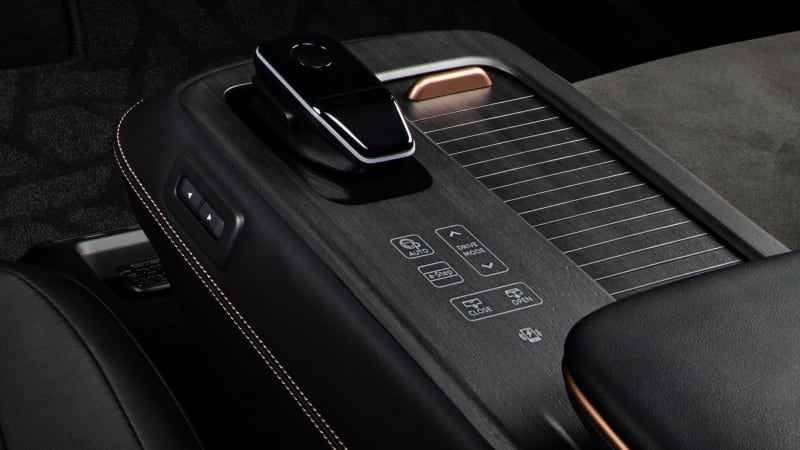 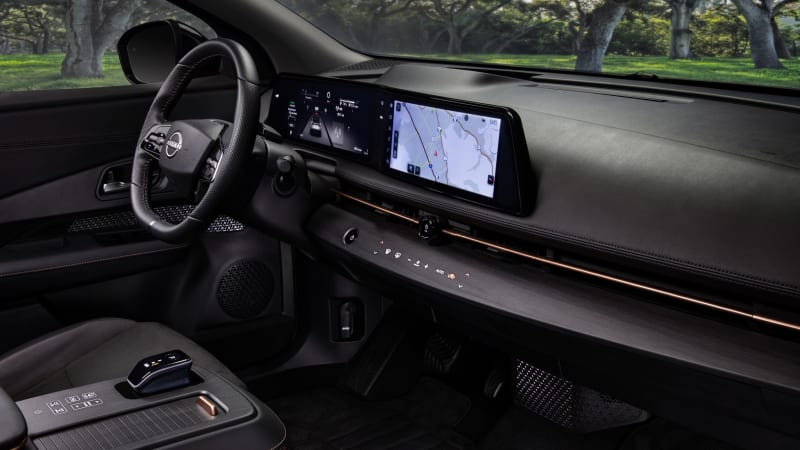 One other quibble: the shifter required a moment of attention to figure out the button on the side was for getting into Reverse but not Park, and then another moment to find the “B” mode that calls up additional regen braking. Owners will learn the mechanism and never think about it again. It’s only worth calling out because the shifter was the only item in the cabin that seemed like a functional issue. Everything else is intuitive.

There were no such hitches on the road. Nissan engineers said their guiding ethos was to make the Ariya easily comprehensible to someone making the switch from an ICE vehicle. The battery level charge icon, for instance, is a gas pump with a plug sticking out.

The transitional brief comes through in the driving experience. The Ariya cabin lets in a wee bit more wind noise on the highway than the ID.4 driven the previous day, a bit of ruffle at the cowl and around the mirrors. The margin is small enough that anyone not listening for it won’t notice it. The upside is that the driver picks up more subconscious cues about speed. It wasn’t necessary to glance at the speedo to realize we were doing well over the speed limit moving with the flow of traffic.

Our Empower+ FWD tester — starting at $54,985 with $1,295 in destination charges — packed a motor on the front axle making 238 horsepower — 24 horses up on the $44,485 base spec — and 221 pound-feet of torque. The battery holds 91 kilowatt-hours total, 87 kWh of that usable. In a 4,608-pound crossover, this was plenty of gumption to have fun, never enough to be frightening. In relation to the kinds of crossovers buyers will come from and make comparisons to, the Ariya’s 7.2-second trot to 60 miles per hour is 2.6 seconds faster than the Nissan Rogue Sport, 0.7s second faster than the Rogue, and around a half-second quicker than the 201-hp ID.4. 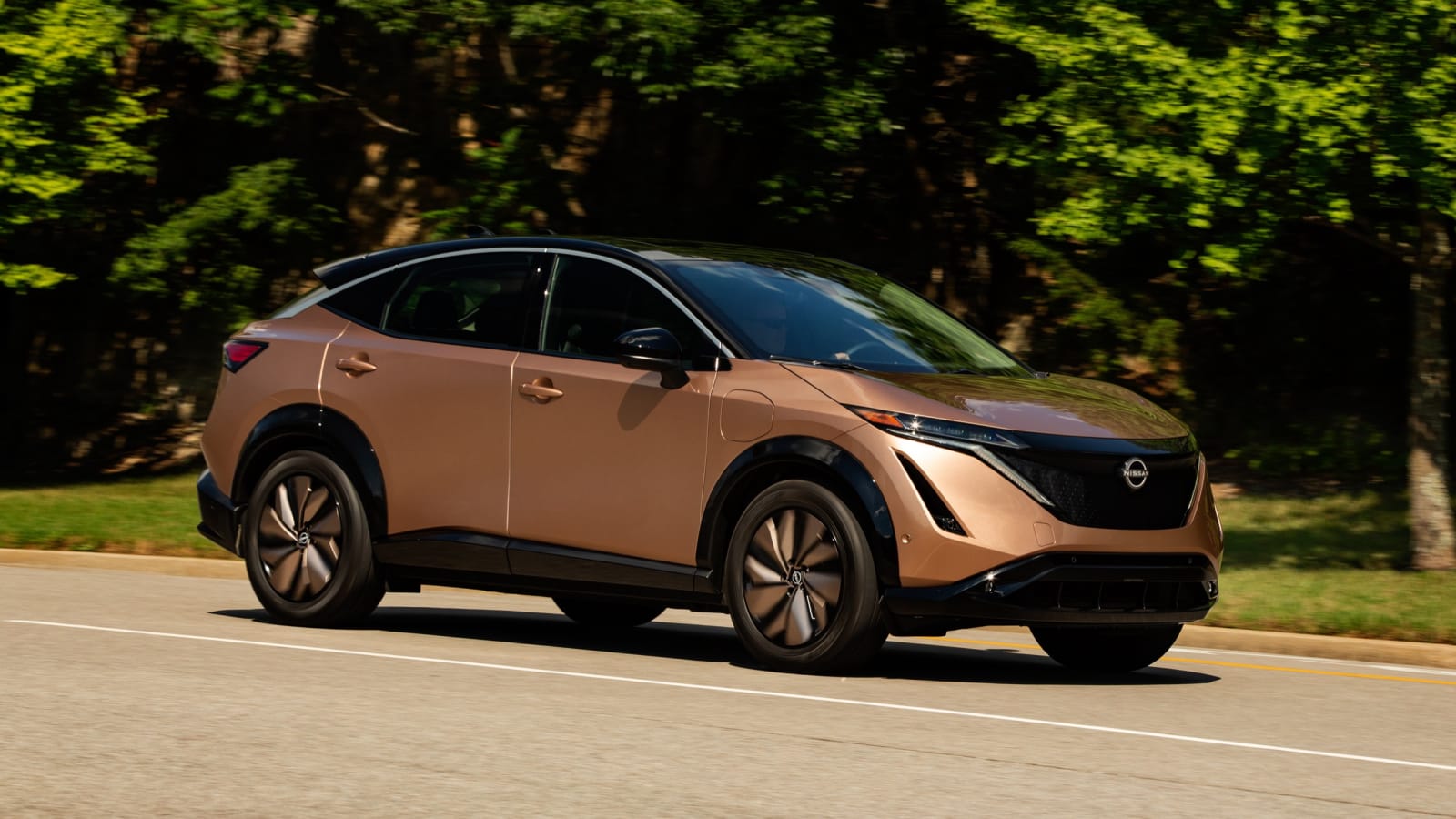 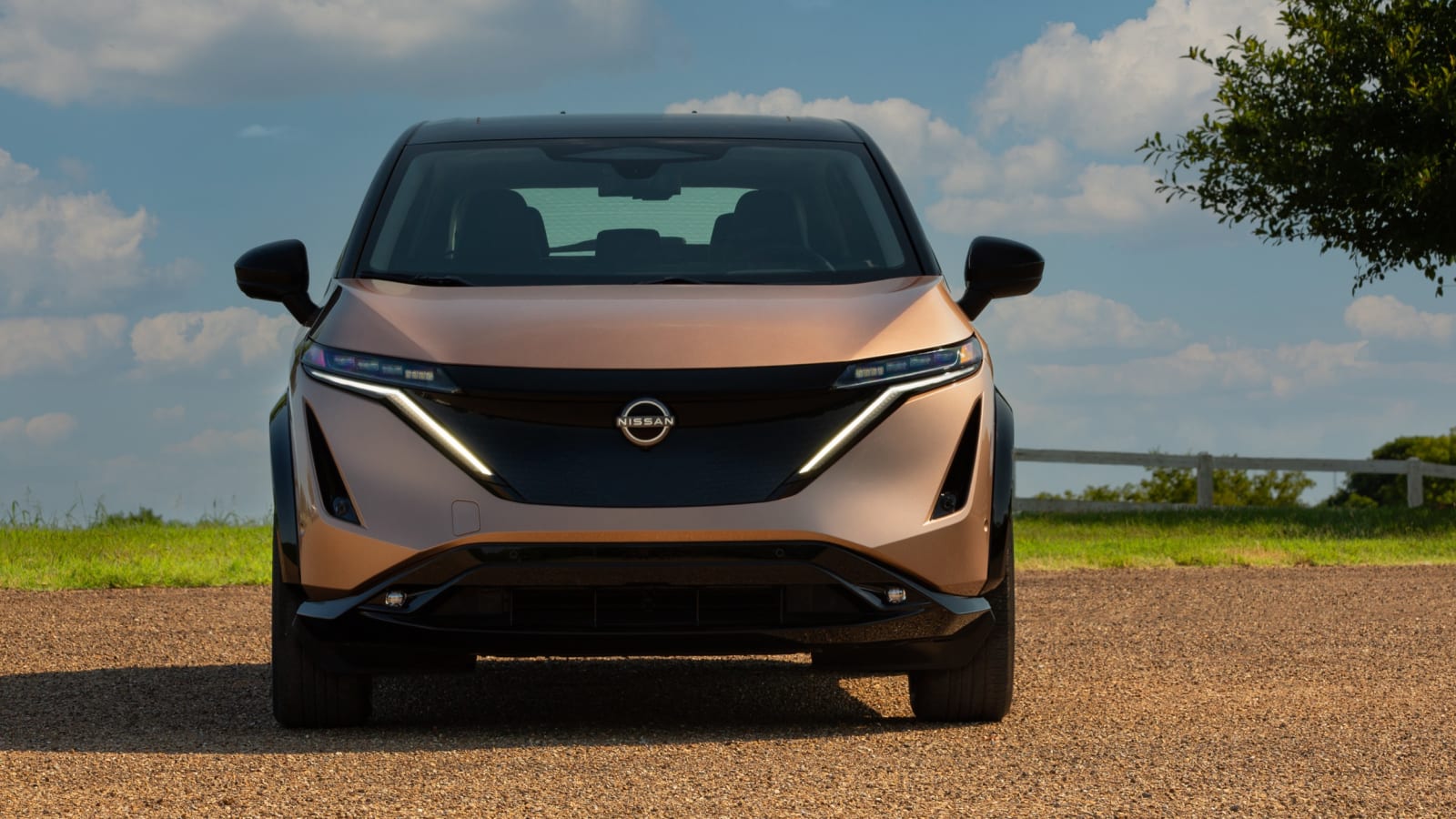 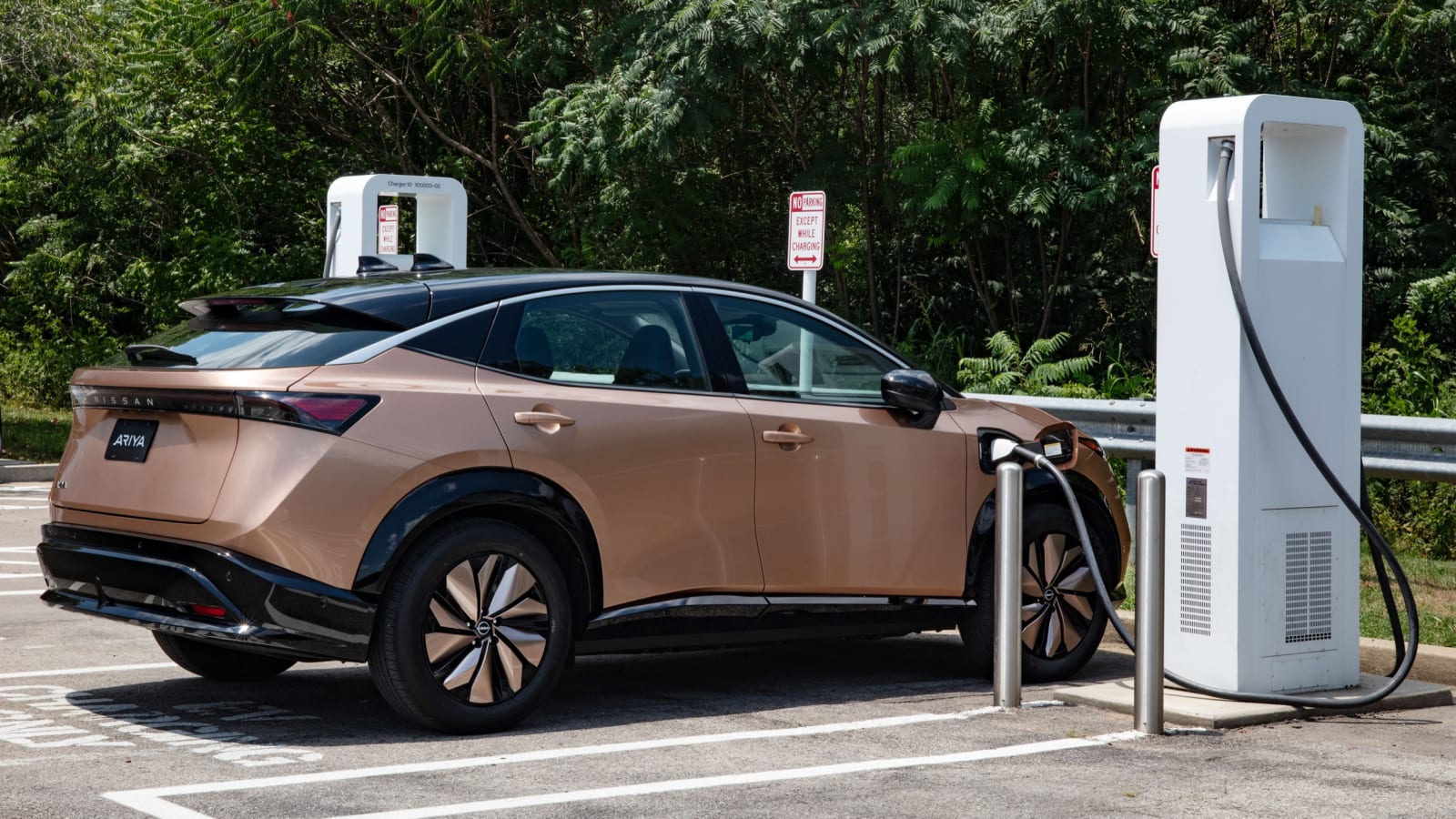 The controls are super light. The steering is injected with far too much Novocaine, but neither too fast nor too slow. The throttle and brake pedals deliver easily modulated responses. The 19-inch 235/55 Dunlop Grand Trek rubber puts ample contact patch on the ground for the kind of driving an Ariya buyer would engage in. Those contact patches are well spaced, too. The Ariya’s overall length is 0.1 inches short of the Rogue; its wheelbase 2.8 inches longer, and its track 2 inches wider front and back. Coupled with instant torque delivery, a near 50/50 weight balance and a well-damped suspension, whisking the Ariya through back roads reveals crisp dynamics and copious pep. It’s quick, fluid and never asks too much of you.

That’s especially true when using the available Nissan ProPilot 2.0 system that enables hands-free driving on approved stretches of HD-mapped divided highway. On top of the second shark fin it puts on the roof and the hands-free functionality, new features in the five-year-old safety suite include lane change prompts, automatic lane changes and lane-specific guidance when using the crossover’s native navigation system. Drivers are notified of Pro Pilot’s operational level via a colored dashboard display. A white ADAS display means adaptive cruise control only, green means Steering Assist is also activated, blue gets those two plus hands-free. Regrettably, the system in our car had been accidentally disabled for the first part of the drive. Even after activation, though, green was as good as it got for the rest of the day, despite driving a corridor of I-65 where the system said it should have been able to go hands-free. High marks go to the standard lane keeping assist, at least, which never felt intrusive.

The Nissan Ariya isn’t a follow-up to the Leaf, it’s a reboot of the automaker’s EV franchise and the most interesting Nissan I’ve driven in too long. The automaker’s Ambition 2030 plan aims to get 15 new all-electric vehicles on the roads in the next five years, the Ariya being the first, and a very good start. The sequel can’t come soon enough.

Reader letter: Some issues raised by Holt already being addressed